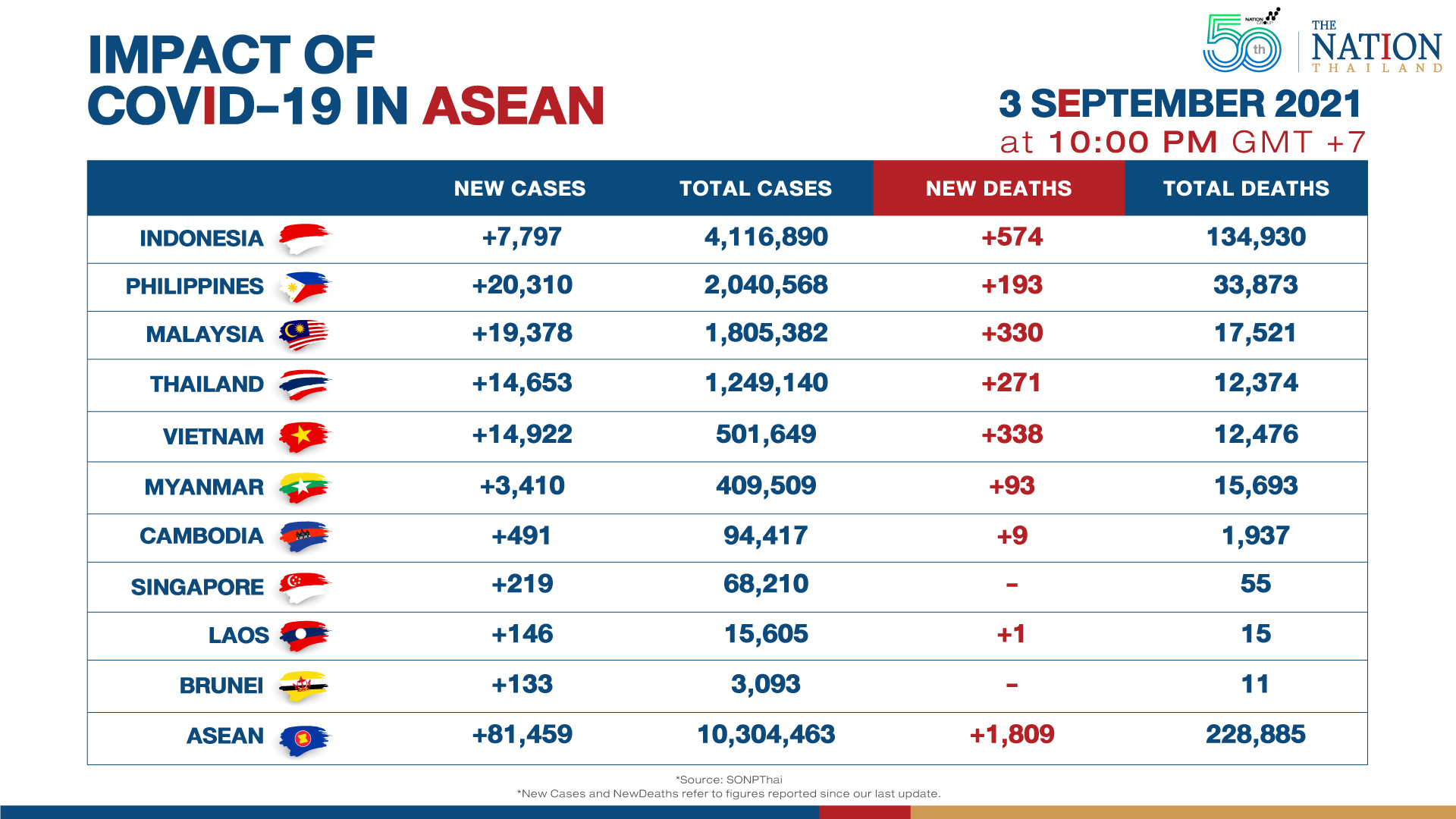 New Covid-19 cases and related deaths were up for the second successive day in Southeast Asia on Friday, collated data showed.

Indonesia reported 7,797 new cases and 574 deaths on Friday, bringing cumulative cases in the country to 4,116,890 and 134,930 deaths. The government aimed to increase vaccination rate to 2.3 million doses per day in September from the current 2 million doses per day recorded in August in order to achieve herd immunity. In August alone, Indonesia has received over 43 million doses from various sources, while President Joko Widodo promised that the country would receive up to 331.67 million doses of vaccine before the year-end.

Meanwhile, Vietnam’s Prime Minister Pham Minh Chinh has warned that the country could face a lengthy battle against the coronavirus and it could not rely on lockdown and quarantine measures indefinitely, as that would cause difficulties for the people and the economy. The country would continue using aggressive testing, strict disease control measures and would vaccinate as many people as possible to keep the outbreak under control he said.

According to the health ministry, only 2.9 per cent of Vietnam's population have been inoculated, while its fatality rate of 2.5 per cent is higher than the global rate of 2.1 per cent.