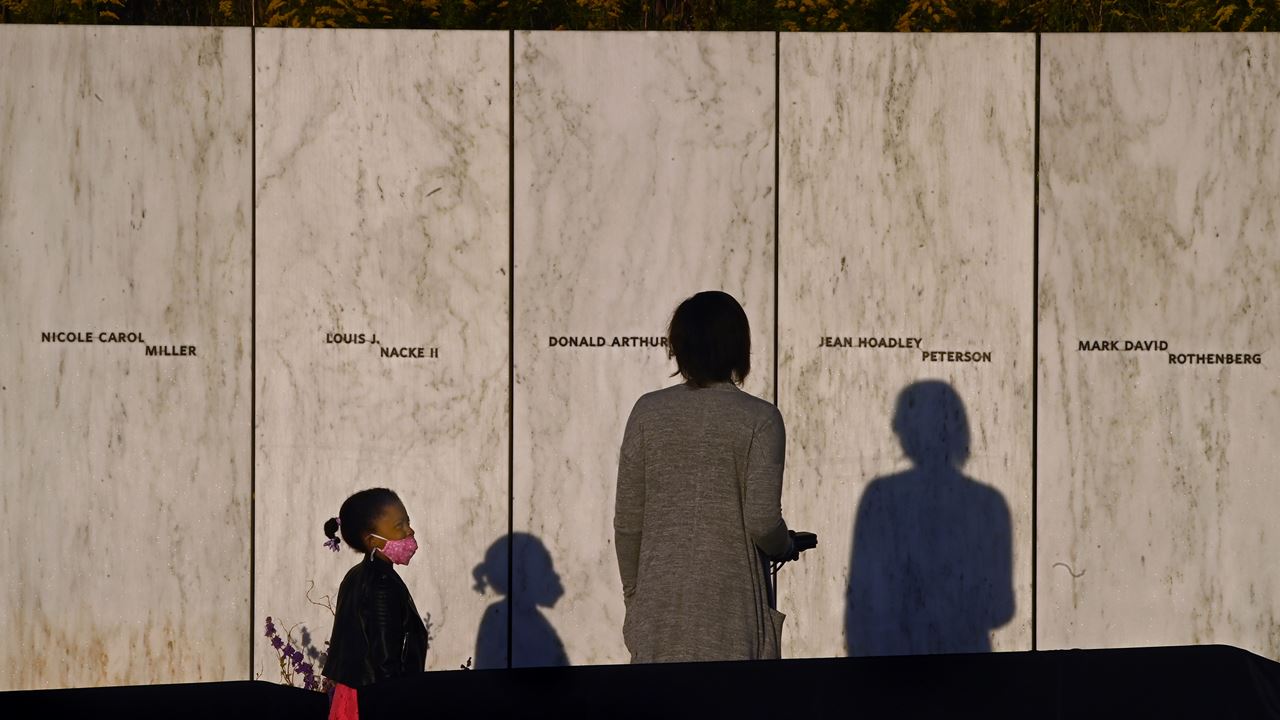 WASHINGTON - The FBI has released the first of what are expected to be several documents from its investigation into whether agents of the Saudi Arabian government provided support to the Sept. 11, 2001 terror plot, a move heralded by victims families though it yielded no tangible proof of official involvement.

The Saturday night release was the result of an executive order issued by President Joe Biden earlier this month ordering government agencies to review, declassify and release more information regarding the investigation.

Some families of 9/11 victims have sued the Saudi government, alleging the Saudis knowingly provided financial and logistics support to the terrorism plot, something that country's government has long denied. As part of that lawsuit, lawyers for the families have fought for years to force the FBI to share what it knows about possible connections between the 9/11 hijackers, most of whom were citizens of Saudi Arabia, and any Saudi diplomats or intelligence operatives.

Brett Eagleson, whose father was killed in the attacks, said it was "particularly meaningful" that first document in response to the executive order was released on the 20th anniversary of the attacks. "Today marks the moment when the Saudis cannot rely on the U.S. government from hiding the truth about 9/11," he said in a written statement pledging to "hold the Saudi government fully accountable for the tremendous pain and losses we suffered."

Biden signed the executive order after families of hundreds of 9/11 victims said he would not be welcome at this year's events marking the anniversary unless he declassified evidence.

In 2019, the Trump administration said it would share some of the relevant information with the families but not other details about the bureau's findings, invoking the rarely used state secrets privilege to argue that some elements of the investigation into the 9/11 attacks would damage national security if revealed.

Justice Department lawyers said last month they had recently closed an investigation related to the attacks, making it easier to share documents like the one released Saturday.

That document shows that FBI agents were still investigating as recently as 2016 possible ties between two of the hijackers, Nawaf al-Hazmi and Khalid al-Midhar, and those who may have helped them after they arrived in the United States in 2000.

Investigators were particularly interested in details about the Saudi government's connections to Fahad al-Thumairy, a former Saudi consulate official, and Omar al-Bayoumi, a person the FBI once investigated as a possible Saudi intelligence officer.

After the 9/11 attacks, Bayoumi told investigators that he met the hijackers by chance in early 2000 in a Los Angeles restaurant and that they became friends. Bayoumi said he helped them navigate their new lives in the United States, but denied any knowledge of their terrorist intentions.

The newly released FBI document says some of Bayoumi's statements in that 2003 interview "are directly contradicted by eyewitness statements."

The 9/11 families suspect those interactions were not accidental, but directed by a senior Saudi government official.

The FBI document released Saturday contains significant redactions, but nevertheless shows FBI officials were skeptical of claims by various witnesses that Saudis in the U.S. who met with the two hijackers did so accidentally through chance encounters.

It was "difficult to reconcile" the connection between the hijackers and those who gave them support, the FBI document states, noting that one individual claimed he met the hijackers at a 7-Eleven convenience store in Northern Virginia "during a 'chance meeting', in a uniquely similar fashion to the way Bayoumi described his 'chance meeting' with Hazmi and Midhar in Los Angeles."

In 2004, the 9/11 Commission said: "Saudi Arabia has long been considered the primary source of al Qaeda funding, but we have found no evidence that the Saudi government as an institution or senior Saudi officials individually funded the organization," but added, "This conclusion does not exclude the likelihood that charities with significant Saudi government sponsorship diverted funds to al Qaeda."