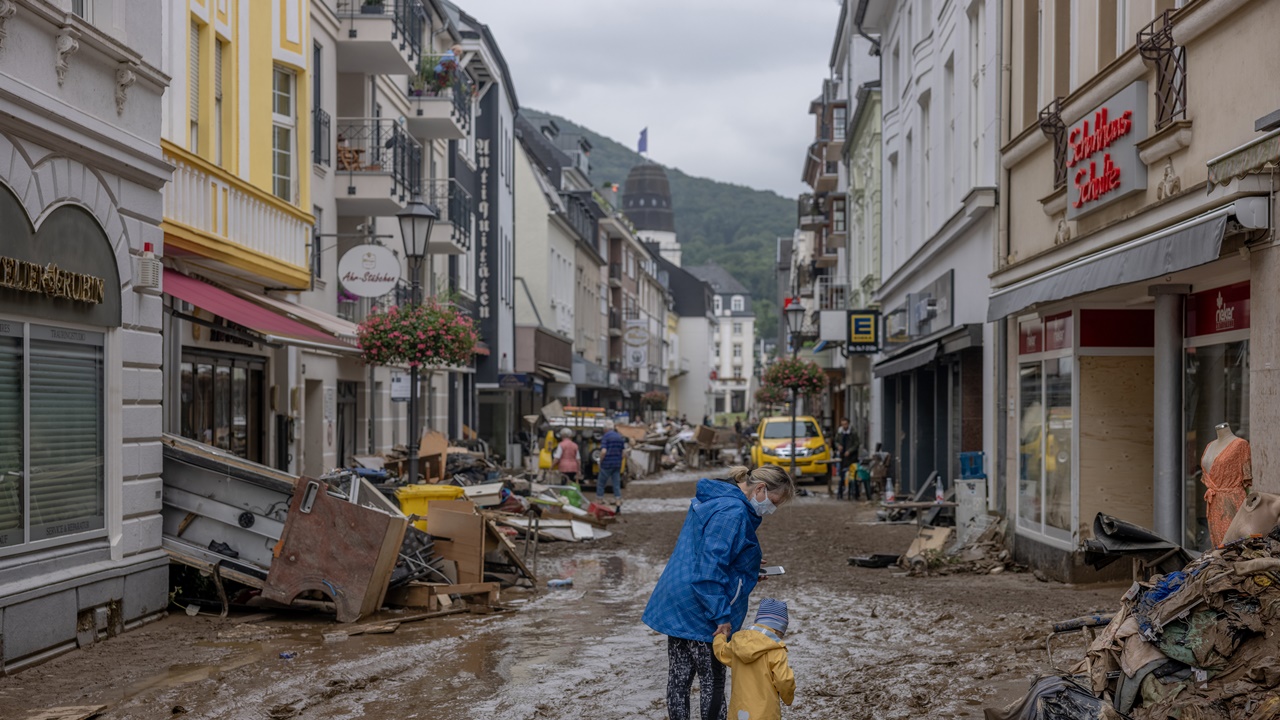 The seasons are strange now in Beverly Longids home of Cordillera, in the Philippines. The crops dont ripen at the usual times. The sun beats down hotter than ever before. The springs she always relied on for water have run dry.

Human-caused climate change has taken so much from her people, said Longid, a member of the Indigenous Igorot community. Land from farmers. Food from children's mouths. Centuries-old rituals are no longer possible because the natural cycles they depend on are gone.

"We hardly contributed to the problem," Longid said. "But it is us developing nations, us Indigenous people, who bear the brunt of the impacts."

And she wants compensation for what she has lost.

Funding for "loss and damage" - unavoidable, irreversible harms caused by climate change - has long been a rallying cry of civil society groups and vulnerable nations at international climate talks. But as rising seas, devastating heat waves and shifting seasons claim more lives and livelihoods in parts of the world, the issue has become more of a sticking point than ever at the COP26 negotiations in Glasgow, Scotland.

"This is actually one of the biggest shortcomings in this process," said Mohamed Adow, director of the Kenya-based think tank Power Shift Africa. "We have clarity on the global goal to limit warming. But we don't have a comparable target . . . to help the world deal with some of the inevitable impacts of climate change."

A 2020 report from the Geneva-based International Federation of Red Cross and Red Crescent Societies found that extreme weather and climate-related disasters killed more than 410,000 people in the previous decade, mostly in lower-income countries.

Other research has estimated that annual loss-and-damage financial needs in developing countries could hit $290 billion to $580 billion a year by 2030.

Current levels of humanitarian funding - which must be allocated to survivors of earthquakes, volcanic eruptions and violent conflicts, as well as climate crises - are less than one-tenth of that.

People from hard-hit low-income communities say they are now paying the price for the wealthy world's choices: Of the planet-warming pollution in the atmosphere, more than half was emitted by people in the United States and the European Union.

"We all know cumulative emissions," said Harjeet Singh, a New Delhi-based senior policy adviser for Climate Action Network International. "We all know who gained most from industrialization."

Countries whose wealth was built on industries that polluted the atmosphere, Singh said, "should have stepped up and said, 'Yes we take that responsibility to act.' "

But while the richest nations long ago promised to set aside $100 billion a year to help vulnerable countries adapt to climate change and mitigate future warming - a promise they still have yet to fully meet - they have so far been unwilling to embrace more funding for the irreversible damage already taking place.

"The finance for loss and damage is really missing," said Sandeep Chamling Rai, senior adviser for adaptation at the World Wildlife Fund.

So far, the main international mechanism for addressing loss and damage has been a website for sharing expertise and resources around climate risks. In 2019, nations also agreed to set up a technical assistance program, known as the Santiago Network - though it doesn't yet have staff or funding.

"We need to be honest," said Yamide Dagnet, director of climate negotiations at the World Resources Institute. "At a time of despair, as we have seen this year . . . a website is not sufficient."

Rich nations have traditionally feared that opening the door to compensation for climate impacts they largely caused could lead to massive and unending financial commitments.

Under the landmark Paris climate accord in 2015, developed countries notably agreed to language that acknowledged the "importance of averting, minimizing and addressing loss and damage associated with the adverse effects of climate change." But they also insisted on including another clause, noting that the Paris agreement "does not involve or provide a basis for any liability or compensation."

Even in wealthy countries that typically pride themselves on having an open wallet for international aid, such as Germany, the prospect of adding a bill for loss and damage drew a skeptical response.

"We are not exactly sure what 'loss and damage' means. How you can define it compared to other climate finance topics?" said Jürgen Zattler, director general of the German Ministry for Economic Cooperation and Development.

"We are still very much in the dark here," he said. "This is an important topic, but I do not believe that we should find quick-and-easy-fix solutions to these issues."

He said Germany had asked the Organization for Economic Cooperation and Development to study the issue.

But advocates for loss-and-damage funding say it's a separate issue from mitigation and adaptation, the current targets of most climate finance. Mitigation aims to avoid future greenhouse gas emissions, not address the climate impacts already underway. And some disasters will be unavoidable, no matter how much communities adapt.

"It's destroying our communities. It's killing our people," said Jo Dodds, president of the Australian advocacy group Bushfire Survivors for Climate Action.

In 2018, a bush fire cut through her small town, destroying 69 homes. These days, Australia's fire season extends for most of the year, reigniting survivors' trauma and choking the skies with smoke.

"It's not a single event anymore," Dodds said of that and similar disasters around the world. "It's a lifestyle of catastrophe."

When catastrophe strikes in wealthy countries, those nations are able to provide support to citizens who have been harmed. After the 2018 bush fires, the Australian government set up a fund of over $1 billion to help fire-ravaged communities. Victims of record-setting flash floods in Germany this summer are eligible for millions of dollars in relief, and still more funding for rebuilding infrastructure.

Singh said requiring developing countries to curb emissions even as they cope with deadly climate impacts is like asking someone whose house is on fire to donate more funds to the fire brigade.

"If I put myself in the shoes of a finance minister, what am I going to do when my people are suffering? Am I going to build a solar farm?" he said. "No."

"First, help people recover, provide relief, make sure they are prepared for future disasters," he added. "Only then will we be spending less on loss and damage and have more financial capacity and resources and attention to actually meet our mitigation goals."

At the U.N. summit in Glasgow, activists see some signs of progress.

Last week, Scottish First Minister Nicola Sturgeon pledged 1 million pounds (about $1,355,000) to the Climate Justice Resilience Fund for addressing loss and damage. It was the first time an industrialized nation committed to pay for climate harms incurred by developing countries.

The 61 countries of what's known as the "High Ambition Coalition" - a group that now includes the United States - released a statement recognizing the need for more resources to address the issue. And hundreds of banks, insurers, pension funds and investment firms also committed to shifting trillions of dollars away from polluting activities and directing some of those funds toward developing economies.

"These are important signals that give a view of how the world is changing," said María Laura Rojas Valejo, director of the Colombian advocacy group Transforma. "But it's not enough."

The issue has become even more salient during the coronavirus pandemic, which has left many developing countries deeply in debt and unable to pay for basic services, let alone major climate investments.

Real financial support for loss and damage, Rojas Valejo added, could also help rebuild trust between nations that has been fractured by the widening chasm in global vaccine access.

"Finance is the glue of this process," she said.

The issue has become unavoidable, and has gotten perhaps more attention during COP26 than at many other past climate summits. Rai says it increasingly will be impossible to ignore.

"At 1.1 [Celsius] temperature rise, loss and damage is hitting not only developing countries but also the developed world," he said. "Loss and damage is real. It is happening. We cannot really run away from it. So we need to act now."