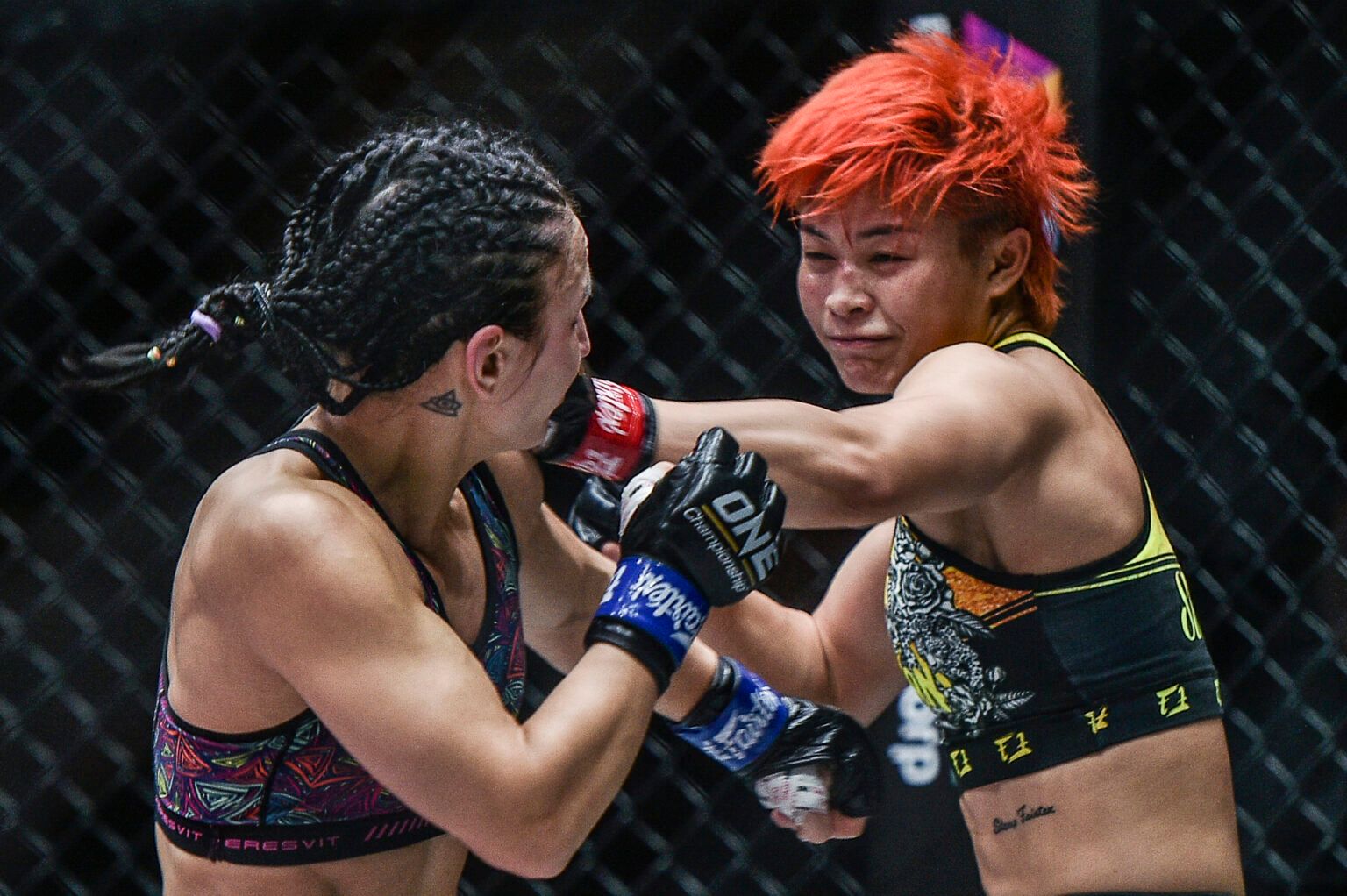 Former two-sport ONE World Champion Stamp Fairtex of Thailand says she is completely focused on her upcoming bout at ONE: EMPOWER against rival Alyona Rassohyna. However, the 23-year-old from Pattaya cant help but imagine the possibilities of potentially facing her idol, reigning ONE Womens Atomweight World Champion Angela Lee down the line.

Stamp and Rassohyna face each other in the quarterfinal round of the highly anticipated ONE Women's Atomweight World Grand Prix, which commences this Friday night, September 3 at the aforementioned EMPOWER event, live from the Singapore Indoor Stadium.

The winner of the tournament earns the right to challenge Lee for the ONE World Title, which CEO Chatri Sityodtong says could happen as early as November.

"I've been extremely focused on my MMA game, especially this year. I can say I'm ready to fight anyone, including Angela [Lee]. I've been training non-stop," Stamp said.

"It will be a dream if I win this tournament and face Angela for the belt. She's my idol and if we fight, I do not care if I win or lose. I just want the chance."

But before she can even think of a shot at the belt, Stamp has to make it to the next round of the tournament, and to do that, she has to get past the rematch with Rassohyna.

Stamp battled Rassohyna to a controversial submission loss back in February. After dominating the majority of the fight, the Ukrainian caught the Thai fighter in a deep guillotine, forcing a questionable tap.

The referee stopped the contest, and declared Rassohyna the victor. However, Stamp immediately protested the stoppage, claiming that no 'tap' took place.

Stamp has since come to terms with the tumultuous result, and is now focused on getting the win back in the rematch.

"Some people say I tapped, and some say I didn't. I'd like to thank all of my fans who understand and continue to support me," Stamp said.

"I still insist I didn't tap, but the angle that the referee saw was a tap, so I respect his decision. I've accepted that I did make a mistake and I've moved on. However, I need to be careful in this rematch. It is an opportunity to correct what I did wrong in the last fight."

Stamp enters the tournament as the highly impressive former ONE Atomweight Kickboxing and Muay Thai World Champion. Her transition to mixed martial arts competition has been equally as impressive. Stamp made her MMA debut in 2018, and has since gone 5-1 with four finishes.

"It's such an honor for me to be selected to participate among the top eight female martial artists in this tournament. I'm happy to be able to represent Thailand. This is something that I'm very proud of," Stamp said.

"I've been focused on both Muay Thai and MMA training. My only objective is to win this fight. On top of that, physically and mentally, I'm a hundred percent ready. I'm just focusing on coming into this fight in amazing shape, and I'm ready to go."