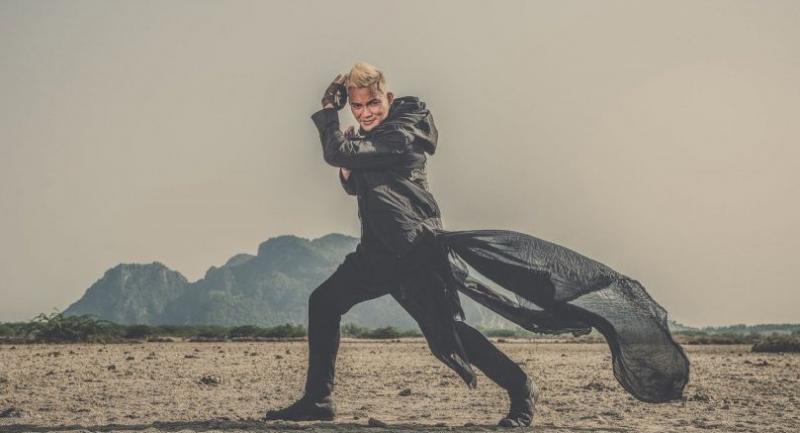 From high kicks to high pitches

He’s made it as a martial arts expert and now Thai action movie superstar Phanom “Tony Jaa” Yeerum is pursuing his dream of becoming a singer with his first single “Lui He Lui” (“Groundbreaking”) which will be released on Thursday (March 31).

“I’ve loved singing since I was young and I always dreamed of recording a song just once in my life,” says the action superstar who has turned his attention to working on Hollywood movie projects in receny years. Jaa adds that while Bruce Lee was his inspiration to become an action movie star, another of his childhood heroes was the late Michael Jackson.
“I think I have now achieved my dream as an action actor so it’s time to do to be a singer,” he says.
Jaa adds that he always thought of action choreography whenever he saw Michael Jackson singing and dancing. “So I thought it would be good to integrate muaythai postures with singing,” he says.
One day he decided to approach GMM with a song he had written and after performing it for an executive, he was signed to the label. He has been working on his singing and dancing skills with GMM ever since.
“Lui He Lui” is a world music number produced by ThitiwatRongtong (lyrics and music), SanhaparsBunnak (rhythm and synthetic sound) and Natawut ‘Golf F***ing Hero’ Srimhok (executive producer and writer of the rap lyrics).
The lyrics are inspired by Jaa’s life.
Keep updated at Facebook.com/GRANDMUSIK