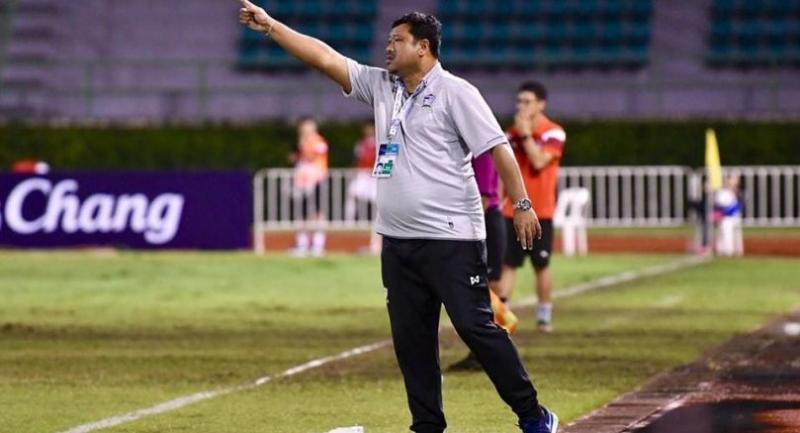 National head coach Worrawoot Srimaka was confident that his men would successfully defend their football team gold medal in the SEA Games despite their dismal performance in the AFC U-23 Championship qualification.

The former national striker said he has faith in the squad to reign supreme for the 16th time amid wide criticism of the team that settled for second place in Group H, which comprised Malaysia, Indonesia and Mongolia.
“We had a series of unfortunate turn of events. Hopefully, something good should happen,” said the 45-year-old.
Playing on a rain-sodden pitch at the Supachalasai National Stadium a few weeks ago, Thailand were held by lowly Mongolia in their opening game of the U-23 event. It raised the hackles of pundits and fans, who doubted the ability of the team to win any medal in the SEA Games. Thailand, with one win and two draws, still managed to squeeze into the next round as one of the top six second-placed teams.
“We have been through such crises in the U-23 event. We have survived and that means there’s nothing to worry. We should be able to win the gold,” the coach said.
When asked about the revised competition programme that will see Thailand play Indonesia on August 15 instead of Cambodia on August 14, Worrawoot said his side had no choice but to be prepared for such eventualities.
“The hosts will try to make everything inconvenient not only for us but also for other teams. So if we are prepared for everything, we should be fine,” he said.
Players will be called back from their clubs on August 7 for a warm-up game against Hong Kong on August 10. The team will leave for Malaysia on August 12.
After the opening match against Indonesia, Thailand, who are in Group B, will play Timor Leste on August 17, Cambodia on August 20, the Philippines on August 22 and Vietnam on August 24.