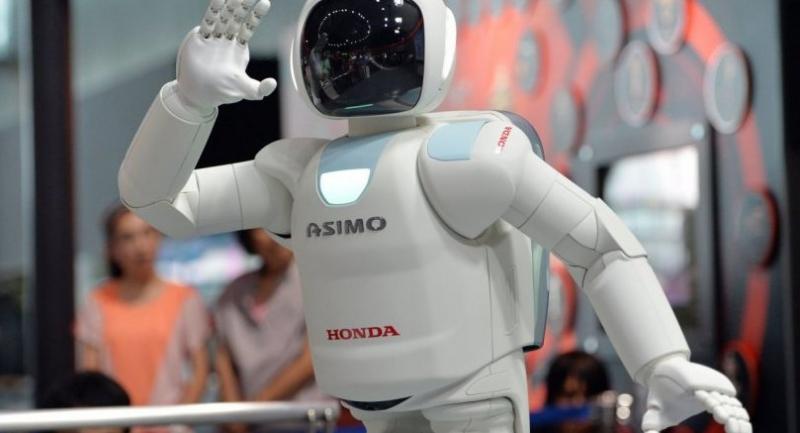 Launched in 2000, Asimo, which resembles a shrunken spaceman, has become Japan’s most famous robot, wheeled out to impress visiting politicians over the years. /AFP

Is this the end of the line for Asimo, Japan’s famed robot?

IT HAS played football with former US president Barack Obama and danced for German leader Angela Merkel, but Honda’s Asimo robot may have reached the end of the line.

Launched in 2000, the humanoid machine resembling a shrunken spaceman has become arguably Japan’s most famous robot, wheeled out to impress visiting politicians over the years.

But Honda said Thursday it may scrap future generations of Asimo, now on its seventh iteration.

“We will still continue research into humanoid robots, but our future robots may not be named Asimo,” Honda spokesman Hajime Kaneko told AFP.

The comment came after Japan’s public broadcaster NHK reported that the Japanese carmaker had terminated Asimo and dissolved the team making one of the world’s most famous humanoid robots. Honda says it may scrap future generations of humanoid robot Asimo and focus on humanoid robots that can help care for elderly and disabled people. /AFP

NHK suggested increasingly intense competition in the field as a reason, pointing to the example of US-based Boston Dynamics’ Atlas robot, which can jump on to a high step and even do a backflip.

Honda denied that it had dissolved the team working on Asimo, but the brains behind the bot look likely to shift their expertise to developing robots with specific applications.

“We have obtained lots of technologies while developing Asimo, and how to utilise them is one issue,” Kaneko said.

The company is expected to focus on humanoid robots that can help care for elderly and disabled people, NHK said, citing unnamed company sources.

Though never sold commercially, Asimo attracted international attention, playing football with Obama in 2014, dancing for Merkel in 2015, and taking a selfie with Australian Prime Minister Malcolm Turnbull the same year.

There have been no upgrades to the model since its seventh generation, which debuted in 2011 and can listen to and understand three people talking simultaneously.