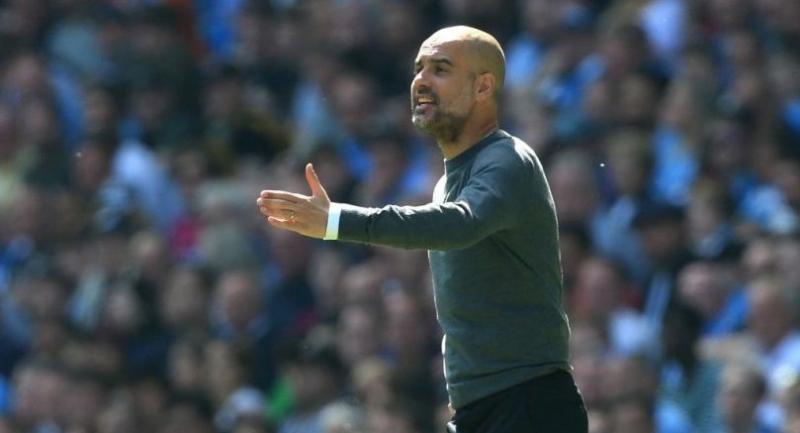 Pep Guardiola has slammed suggestions from Manchester United manager Ole Gunnar Solskjaer that Manchester City are guilty of "tactical" fouling in an attempt to stop rivals from counter-attacking.

Solskjaer, talking before the crucial Manchester derby between the sides at Old Trafford on Wednesday, made reference to City's supposed habit of fouling high up the field to stop opponents hitting them on the break if Guardiola's players are out of position.

But City boss Guardiola did not take kindly to that analysis and appeared to accuse Solskjaer of trying to influence referee Andre Marriner, who will take charge of the derby.

"That's the reason why, of course," said Guardiola when asked if he was concerned Solskjaer's comments might be intended to influence the referee.

"I know exactly what I said to my players from day one to the last day.

"So when a player wants to attack, we have to be honest and, of course, there is contact, there are fouls.

"But when it happens and you arrive late, that is why there are referees -- to make yellow cards or red cards or whatever they decide, but never have I prepared a game (to do it).

"I prepare the game to do our own game, that is what I want, knowing of course the opponent, but I never said I'm going to do that to punish them or cancel them, making fouls. Never."

Solskjaer is not the first United manager to make a similar claim about City in the Guardiola era -- his predecessor Jose Mourinho having made an identical observation before a derby meeting last season.

But the bare statistics tend not to support Solskjaer's claims as figures show United have collected 64 yellow cards this season, compared with City's 38, with four reds for United, in contrast to their rivals' solitary dismissal.

In terms of fouls, United have committed 201, considerably more than City's 172, and Guardiola's outraged reaction appeared to support such a reading of the situation.

"I never prepare a game in 10 seasons as a manager thinking about these kind of things. Never," he said.

"The players can talk about it better than me about that -- the players I had at Barcelona, Bayern Munich and here -- one of the targets is about the counter attacks for the opponents making fouls, never have I said to one player to make fouls to avoid something.

"Football sometimes you do that, because football, the actions is quick, fast.

"But I'm concerned about many other things to beat them than these kind of things so I don't know.

"Maybe tomorrow in the press conference after the game you can ask him again about that."

Guardiola, however, is wary of the threat posed by United to City's Premier League title ambitions.

City are two points behind leaders Liverpool and the Manchester derby represents their vital game in hand.

The Spaniard knows United's under-performing stars could suddenly hit form as Solskjaer's team battle to finish in the top four after a disappointing recent run.

But the fact that Guardiola likened such a potential upset to Burnley's achievement in drawing at Chelsea on Monday spoke of the extent to which United have ceased to be a viable challenger to City's superiority.

"Well the tension is there, it's necessary to complete these kind of games," he said.

"I think everyone knows what we are playing for, we have to focus on the target and what we have to do.

"For me, United remains an incredible team, of course, the last 20 or 25 years always there. The past three or four, that can happen in terms of a long history.

"For one specific game, they would be dangerous. I know in the beginning how strong they'll be in terms of intensity and we'll have to handle it."