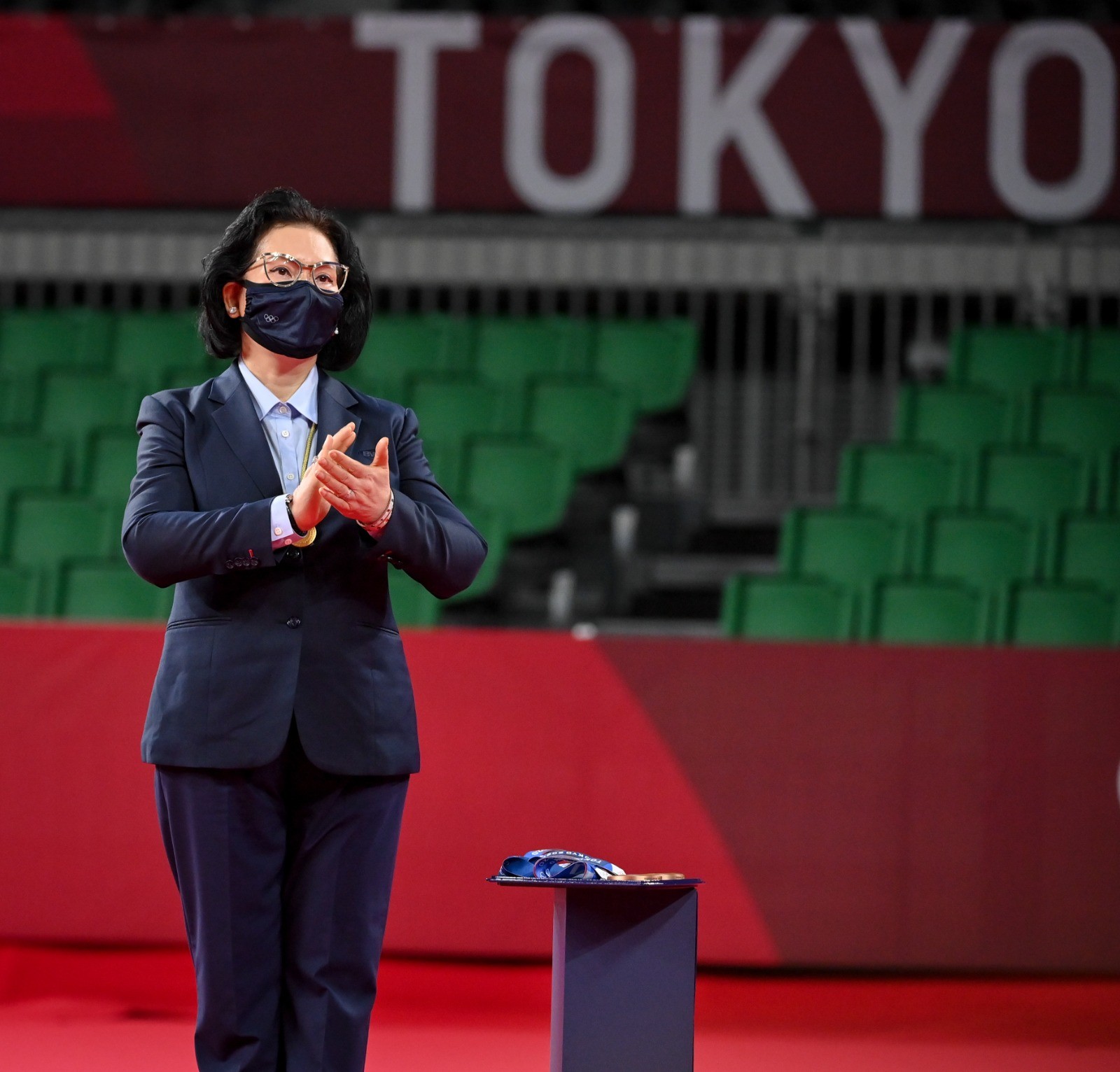 Badminton Association of Thailand President (BAT) Khunying Patama Leeswadtrakul insists her players still hit their target despite none yielding a medal in the Olympic Games TOKYO 2020.

Earlier, fellow Thai shuttler Busanan Ongbamrungphan was ousted by world No 8 An Se Young of South Korea 15-21 15-21 in the women's round of 16 while mixed doubles world No 2 Dechapol Puavaranukroh and Sapsiree Taerattanachai were upset by Japanese world No 5 Yuta Watanabe and Arisa Higashino 21-15 16-21 14-21 in the quarter-finals. Kantapon Wangcharoen, in men's singles, and Jongkolphan Kititharakul and Rawinda Prajongjai, in women's doubles, did not survive the group stage.

Patama, however, said that her players lived up to expectations even though badminton was among the potential sources of medals for Thailand, along with taekwondo, boxing and golf.

"Overall, our players did a good job in this Olympics. We reached the quarter-finals in three events, which was our target from the beginning," said Khunying Patama, who is visiting Tokyo as an International Olympic Committee member.

The BAT president also complimented the Thai players on their fighting spirit in representing the country against high-profile opponents.

"Ratchanok showed all the fans at home that she fought really hard on Friday against the world no 1 player, Tai. Dechapol and Sapsiree, on their part, were drawn to face a tough Japanese duo and lost. It was a pity," said Khunying Patama.

"We saw Ratchanok cry on court after the match. I want to tell her that we all think the same – that she did her best representing Thailand. I could not hold back my own tears seeing her cry like that," she added.

The badminton boss also expressed her regret at failing to produce a medal for Thai fans but vowed her team would come back strong at the 2024 Olympics in Paris.

The Thai badminton team will next compete in the Sudirman Cup Finals in Finland from September 26-October 3, the Thomas & Huber Cups in Denmark from October 9-16 and the World Championships in Spain from December 12-19.