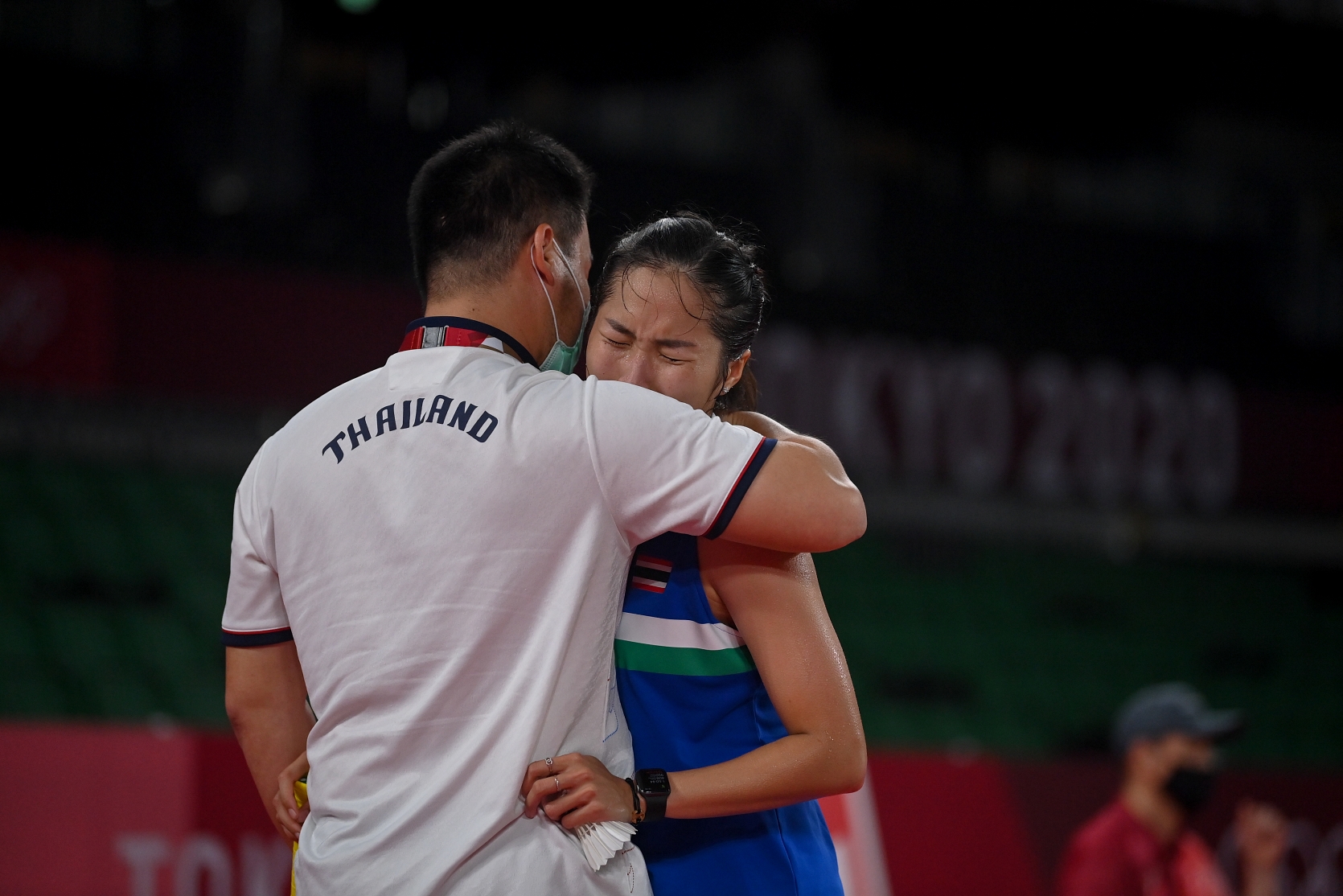 Thai badminton queen Ratchanok Intanon had to bear one of the most heartbreaking defeats of her career as her campaign at the Olympic Games TOKYO 2020 was ended by world No 1 Tai Tzu Ying of Taiwan in an exhilarating quarter-final on Friday.

The fiercely determined Thai came close to bettering her Olympic record when she powered to a 21-14 and 14-10 lead before Tai turned the match around with superb rallies and swift all-court movement to edge the clash 14-21 21-18 21-18 in 67 minutes.

For the third time, world No 6 Ratchanok will return home empty-handed from the Olympics having lost at this stage in 2012 and the last 16 in 2016.

After losing the match point, a distraught Ratchanok ran to her coach Patapol Ngernsrisuk and wept on his shoulder in one of the saddest scenes witnessed so far at the Tokyo Games.

The Kingdom's ace declared earlier that she longed for an Olympic medal more than anything else in life, but that goal still eludes her.

Ratchanok's exit ended Thailand's hopes of a badminton after medal prospects Dechapol Puavaranukroh and Sapsiree Taerattanachai were knocked out by Japan's Yuta Watanabe and Arisa Higashino of Japan in the mixed doubles quarter-finals.

The Ratchanok-Tai showdown featured high-quality shots and thumping rallies that kept fans at home glued to their seats. The Thai went into the match with a 14-15 win-loss record against her arch-rival but took full advantage of inconsistent play from her opponent to build a 16-10 lead before winning the opening game 21-14.

Thailand's 2013 world champion carried the momentum into the second game, exchanging long rallies with the three-time All England champ. Ratchanok dictated play with powerful cross-court smashes and excellent net craft to build a solid lead at 14-10 before her foe began the fightback.

As one of the fittest players in the women's game, Tai traded blows with Ratchanok point after point and her frantic chasing paid dividends. She wore down Ratchanok to take the second game 21-18 and level the match.

Both players were neck-and-neck in the decider, crafting shots to trouble one another and leave the score at 17-all. Favoured with a bit of luck and a solid mental game, Tai was the better player on crucial points and excelled in the end.

"I took control better, but I relaxed a bit and allowed her to change the game and take more risks," said a tearful Ratchanok in the post-match interview. "In just a second, everything changed. She dared to try something different before I did."

"But I think I was physically well prepared for a tough match like this. It's just the mental side that played a role. I'm sorry that I could not be the first female player from Thailand to reach an Olympic semi-final. I'd like to apologise to Thai fans. However, I feel proud about putting up my best fight."

Boonsak Polsana still owns the best result by a Thai at the Olympic Games after he reached the semi-final and finished fourth in the 2004 Athens Games.

Olympic photos of the day