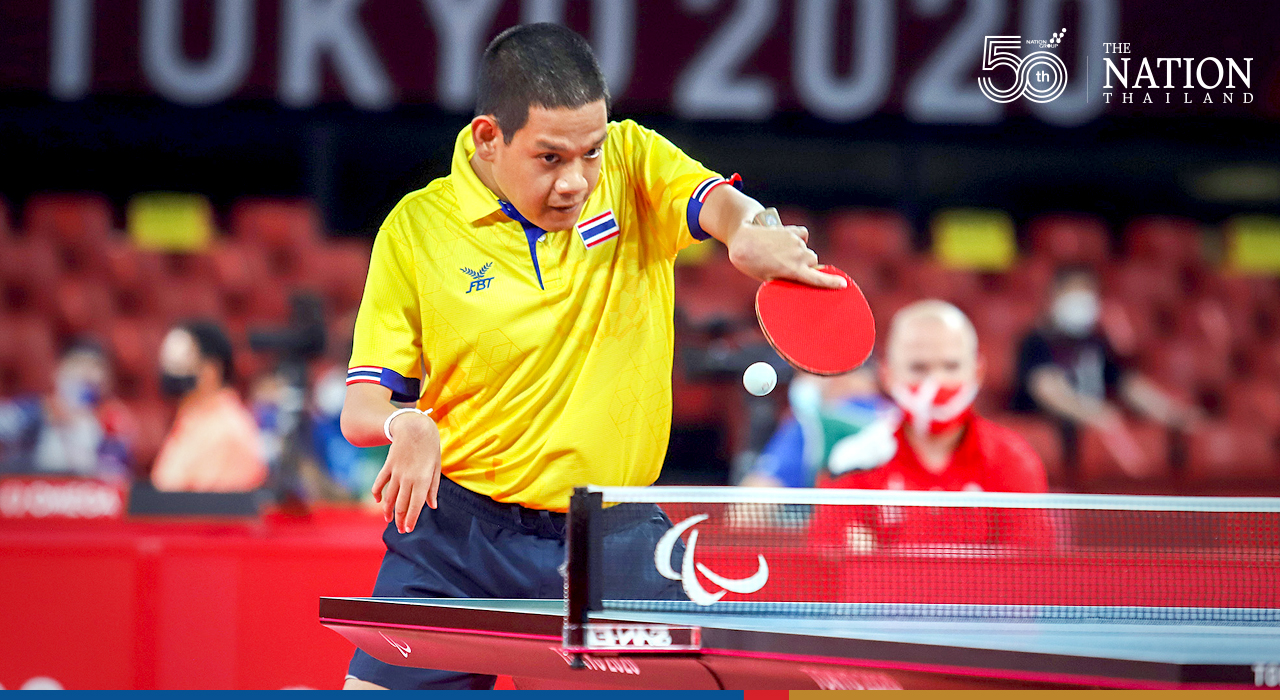 Rungroj picks up a bronze in table tennis at Paralympics

Rosenmeier, ranked second in the world, had won the bronze in the 2016 Paralympics.

“I would like to apologise to fans that I could not get the gold medal. I have to play in men’s Team Class 6-7. I would like everyone to keep cheering for the Thai Paralympics team. In the next three years, I still want to play at the Paris 2024 Paralympic Games and win more medals for Thailand,” Rungroj said.