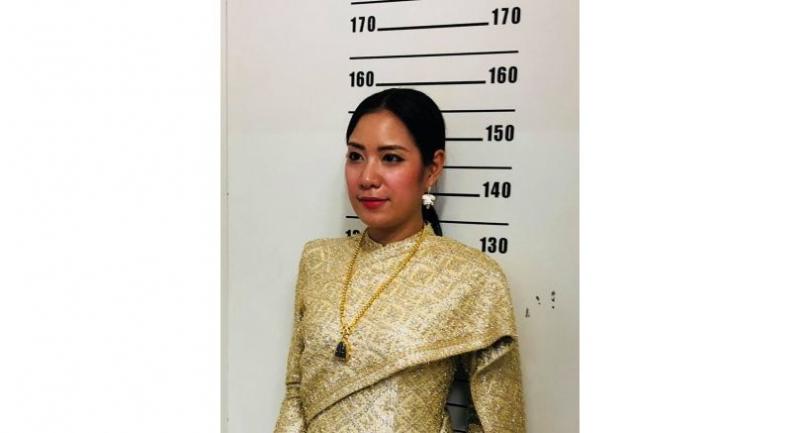 Fans of the popular period TV series “Love Destiny” can wear traditional period Thai costumes while having their photo taken for the national identification card, a senior government official said on Friday.

Amnaj Phosa-ard, director of the National ID Card division of the Household Registration Office under the Provincial Administration Department, clarified the issue after Facebook users widely argued whether it could be done lawfully. The dispute came after a female doctor, Numfon Sinchai, wore an Ayutthaya period costume while renewing her ID card and shared her photo on her Facebook wall.

Amnaj said the law does not prohibit citizens from wearing historical Thai costumes for the ID card photo. He said most Thai costumes are modest and aesthetically acceptable if worn properly.

People having their photos taken for ID cards are banned from wearing sunglasses or a hat and are not allowed to cover their faces with a cloth. Muslim women may wear hijabs as long as the cloth reveals the entire face. Since hat wearing is banned, a long-pointed hat or chada, which is part of a traditional dancer’s costume, cannot be worn for the government ID.

The series has been a big hit, leading many Thais, particularly women, to dress up in ancient costumes and visit various historical locales, especially the Ayutthaya temples, which have served as shooting locations for the TV drama.

The series, which will end later next month, is about a kind-hearted woman, “Kedsurang”, whose soul is transported back in time to the Ayutthaya period to live inside the body of a beautiful woman called “Karaked”.