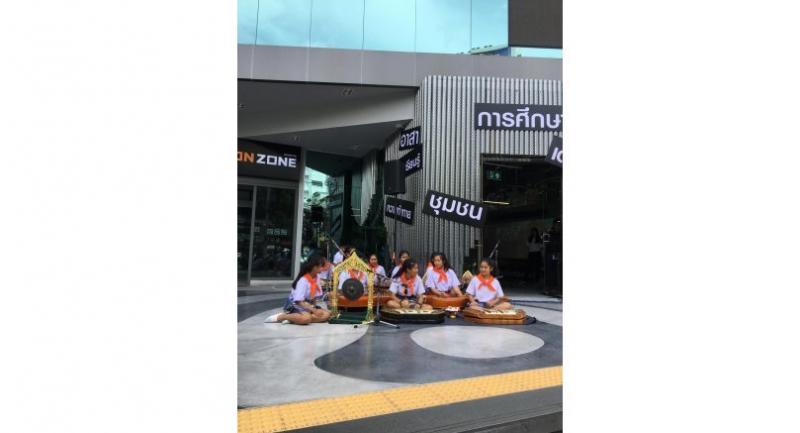 THE SATURDAY SCHOOL project is now back – to educate children, inspire its volunteers and benefit the public. Under the project, children can attend various extracurricular activities.

“Our lives should not revolve only around school classes. After going to school from Monday to Friday, let’s learn about the real world and related skills on Saturdays,” said Athapol Anunthavorasakul, an academic from Chulalongkorn University’s Faculty of Education and an adviser of this project.
He said teachers at this special school were volunteers who could be “change-makers”.
“Volunteers are here to make a difference in the children’s lives,” he said at the launch of the Saturday School Season 6.5 on July 21.
The project gathers volunteers with the same goal: to bring out the children’s talents. Each season will last up to eight weeks. There are various activities and games such as acting, creating art, playing instruments, playing board games and more.
“I like the feeling of going to school on Saturdays, when I see these kids running up to me and asking what we are going to learn. It feels amazing to know that these kids were waiting for me and this makes me feel valuable, even when I’m just an ordinary salary earner,” said Sarada Chokewaree, a volunteer from Saturday School season 5. “Volunteering for this campaign is one of the best decisions in my life, which has changed me for the better.”
The Saturday School project is now in its third year, pursuing the goal of teaching skills and bringing out the children’s talents, which worked really well in the past seasons. Volunteers were able to pass their knowledge on to these children and soon they became like a family.
“What we have learned from school might not be enough for future jobs. Sometimes we have to learn life-skills to function effectively in the future,” said Worapon Tanpoonkiat, during a volunteer talk.
“We were surprised how talented these children were. We believe that they will grow up to become a tower of strength for this country,” said Athapol.
What the volunteers have learned from these children will be used to further improve and teach other children in future seasons.
“These volunteers are people who have not abandoned learning outside classrooms. We believe that what we are doing has great meaning for the children and our lives,” Athapol said.