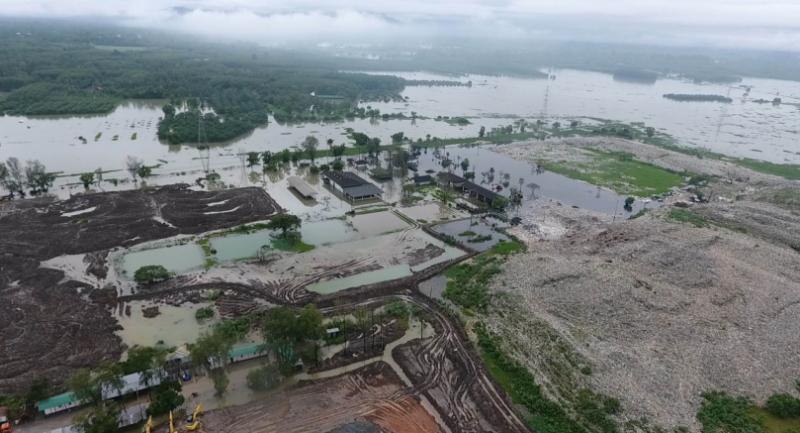 FLOOD VICTIMS in Muang district of Nakhon Si Thammarat are facing an additional health hazard after floodwaters washed away a large pile of garbage, carrying the filthy mixture into neighbourhoods.

Local people have reported getting blisters after wading through contaminated floodwaters near their homes.

“This health threat has already affected more than 150 families. It may hit more victims because floodwaters are massive this time,” Watchara Chumtham, the kamnan of Tambon Na Sai, said yesterday.

Nakhon Si Thammarat has been flooded for about a week after southern provinces were hit by torrential rain.

Meanwhile, Sudarat Saisuwan, a 42-year-old resident in Trang’s Rassada district, said she had been stranded at her home for five days.

Local leaders have tried to ease people’s grievances by providing a boat and assigning boatmen to enable transport of necessary goods and passengers.

“When we need something, we need to ask for the boat. Boatmen help buy stuff from elsewhere. Without the boats, we can’t travel around,” she said.

Sudarat added that the boat had also taken local residents who fell ill to doctors.

She said she appreciated the provision of the boat but she felt her village should have more because in emergencies one boat might not suffice.

“I also really hope that I at least can get a life vest,” Sudarat said.