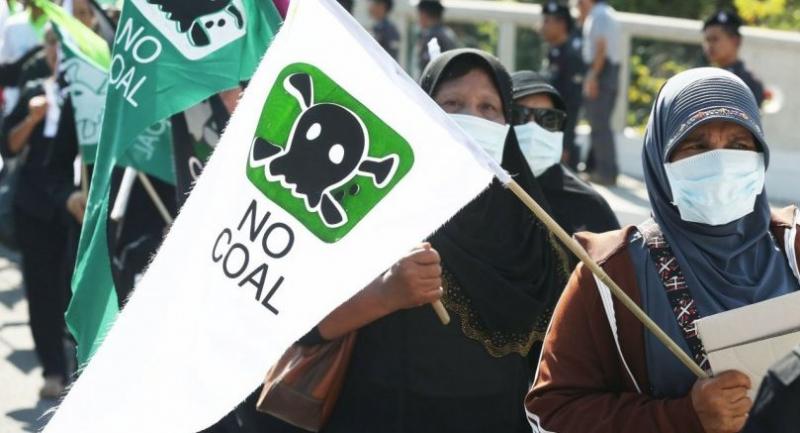 In pushing for a massive coal-fired power plant in the South, the junta-led government is not only defying the global trend towards sustainable development – it is also putting the health of our next generation at risk.

The dispute over whether to build the Krabi plant is ongoing despite protesters having announced victory when Premier Prayut Chan-o-cha acknowledged the need to revisit the project’s Environmental and Health Impact Assessment (EHIA).
However, the government’s EHIA improvement order is short on detail, sparking concern that dispute over the energy mega-project will inevitably erupt again in the near future.
Recent remarks made by Prayut indicate he remains convinced that Thailand needs the Krabi coal-fired plant. He even groused that if the government failed to ensure power stability, who would then be held responsible for any future disruption of supply?
The power stability mentioned by Prayut is indeed crucial to the national economy and the livelihoods of Thais.
However, the government is making a big mistake in clinging to an outdated energy source as the means to achieve that goal, at a time when the international community is already moving on to cleaner and sustainable fuels.
On January 1 last year, Thailand joined the rest of the world in implementing the 17 Sustainable Development Goals (SDGs), the international community’s effort to secure a future for our next generations by the year 2030.
The SDGs take the form of pledges to ensure development that meets the needs of the present without compromising the societies, economies and environments on which future generations will depend.
Among the 17 SDGs, two stand out: the goal for affordable, reliable, sustainable and modern energy for all, and the goal for urgent actions to combat climate change and its impacts.
Thailand’s plan for new coal-fired power plants cannot fulfil those goals. Coal is not a renewable source and thus not sustainable. Meanwhile burning coal for power emits huge amounts of the greenhouse gases responsible for climate change. Greenpeace Thailand says that a plant on the scale of the one proposed for Krabi would generate up to 18 million tonnes of carbon dioxide annually.
These simple facts conflict with at least two SDGs Thailand has signed up for.
Some may argue that the SDGs are not legally binding and should be interpreted separately by each country according to its needs. That unilateral approach has a dual downside, however. In choosing to go it alone and build the Krabi plant, Thailand would be shaking the foundation of the international deal for sustainable development while at the same time boosting emissions of greenhouse gas that jeopardise not just the future of Thai children but that of kids worldwide.
The government has other and more sustainable options. It should drop its exclusive focus on coal and seek alternative ways to ensure power stability that do not gamble with our future.