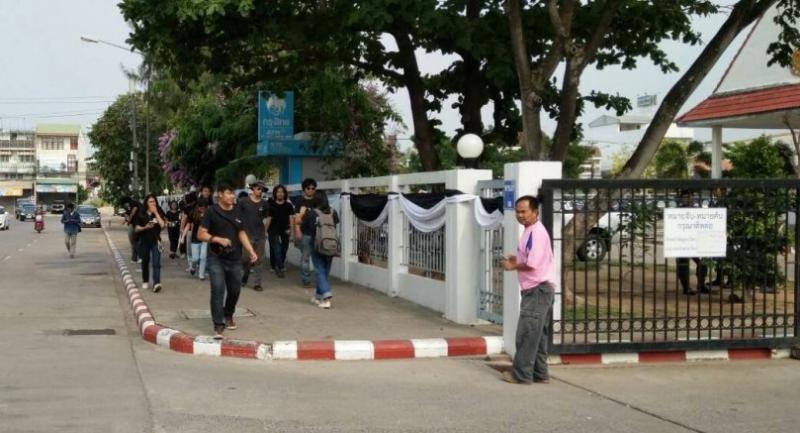 Seven student activists marched from Khon Kaen University to the Khon Kaen Provincial Court on Monday as they were summoned to acknowledge contempt of court charges.

The court meeting was held behind closed doors on Monday morning.

The seven students, who are friends of the imprisoned activist and lese majeste suspect Jatupat “Pai Dao Din” Boonpatararaksa, were charged for staging a symbolic demonstration in February when they showed solidarity with Jatupat, whose bail has been repeatedly rejected by the courts since December.