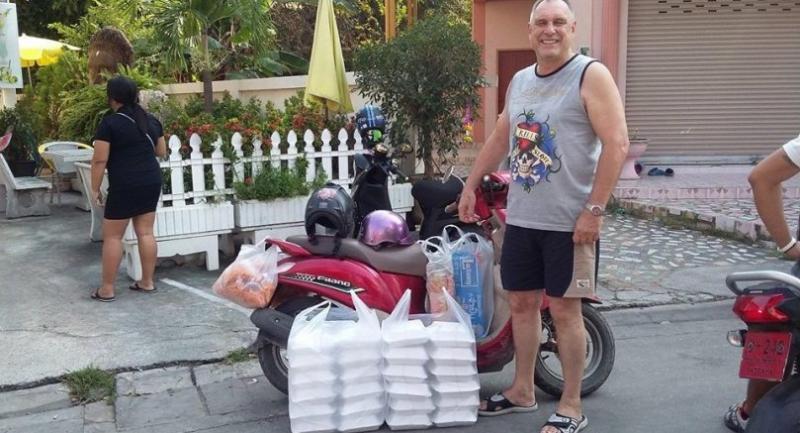 A charitable German who loves his Thai wife and his life in Thailand may be more than just “The Kindest German in Thailand” – he may be one of the most sensible expats you’d ever meet.

Reiner Abele has been in the news recently after he was featured and praised in the Thai press for giving daily alms to monks at his Pattaya house and preparing food for the homeless of places like Beach Road.

He was also featured with some of his celebrity friends helping a destitute old lady living in a shack behind a neighborhood hospital.

He earned the tongue-in-cheek "kindest German" moniker after a compatriot beggar drew ire from some Thais and expats in the country.

Yesterday Thaivisa caught up with Reiner who told us about his life in Thailand and Germany. An unassuming man it was not his idea to promote himself but he took the time to explain about his past, present and future.

Reiner is 63, has known his wife Angkana for 27 years and has been coming to Thailand off and on for 30 years. He was a policeman in Germany but is now retired and living on a pension.

A Christian he said that he is also closely connected to Buddhism as it is fascinating and leaves him “spellbound”.

“I retired eight months ago and I have never worked in Thailand,” he said on Friday. “I live on my old age pension.

“We have enough for living and also a little bit more so I like to share that with poor people and those living on the street.

“I also stand with my darling wife to donate to monks. These things make me happy and give me a good feeling in my life".

Reiner apologized for his English though it was excellent. He said that he converses with his wife in German as his Thai is poor. Angkana passed exams in German while they were living there in his hometown of Sinsheim about 120 kms south of Frankfurt.

Comparing Germany and Thailand he said: “Every country has its advantages and disadvantages. Germany is my homeland and country of birth, Thailand is the same for my wife. So I love both countries with their different and fascinating cultures.

Asked about how he feels about expats who always seem to complain about Thailand especially on online forums, he said:

“As a rule, they are people who cannot get their country’s mindset out of their heads. These people also cannot agree with the Thai culture. Although they think they are smart and know everything, in reality it is only superficial knowledge as it is with tourists.

He said he was reluctant to comment on other Germans living in Thailand but in general terms he said: “There are good and bad people among them as everywhere in the world. However, most Germans will never really understand Thai culture. Even if they try it seriously they can never shrug off their home thinking". 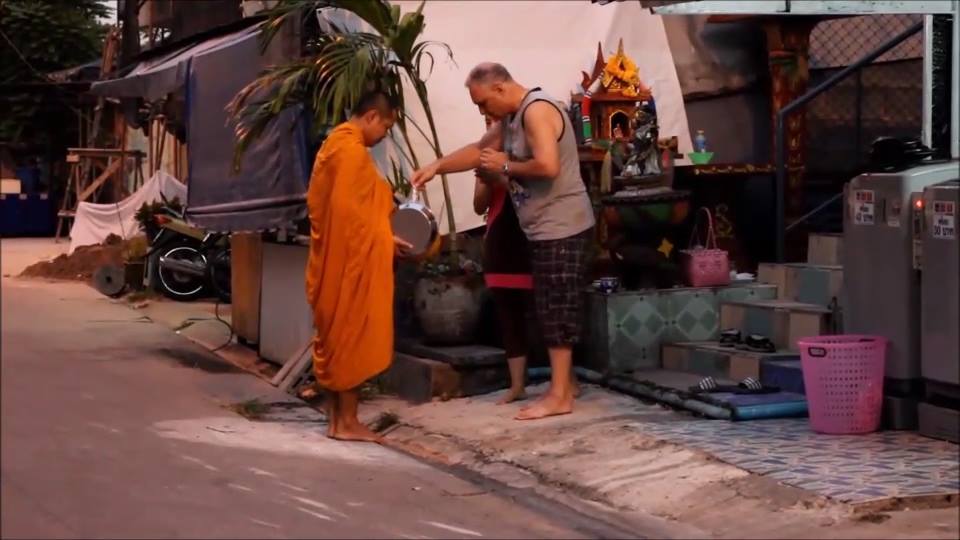 He said he subscribed to Thaivisa on Facebook and likes to read the articles there. He has also been featured online in the German language on the “Der Farang” page.

He continued: “I never want to completely separate my roots and connections to Germany no matter if I decide to live in Thailand forever. Currently I am still commuting between the two countries.

“In Germany I have a son aged 18 and many friends who I miss. I have many friends, Thai and foreigners, in Thailand. In Pattaya and Thailand in general  there is a lot to do in social areas where the city administration obviously feels overwhelmed, which is something I would like to take care of”.

Regarding the old lady who had to leave her makeshift home in Pattaya and was helped along with some well-known local personalities including a man called “Chet Smile Buffalo” he said:

“It was more or less a coincidence to meet these people and their aid projects have inspired me. Yes, one of them is a well-known rock star in Thailand and I am particularly pleased that I got to know him. He is a wonderful person.

“I will continue to join this group and offer my modest help”.

We asked the former cop if he had had any dealings with the force in Pattaya and what was his opinion. He answered diplomatically:

“I believe the police in Pattaya have a tough job to do. So far I have always only had positive experiences with the police although sometimes one or the other policeman has left an unmotivated impression”.

His wife has only ever worked in Germany but they have enough to survive on despite the charity work. “I never thought about the costs of that,” he said, “We help as best we can”.

Indicating that he is flattered by being portrayed as kind we also asked him to comment on Benjamin Holst who has been called the “Most Hated German in Thailand” after conning the Thai people with sob stories about a disability then living it up in the bars of Pattaya.

“Oh yes I have read a lot about him on social media, especially on Facebook. I do not want to judge this person, it’s his life and he has to know for himself what he is doing. I would not want to swap with him for anything in the world but I do not like everything he does”.

Pictures supplied by Reiner show him and Angkana giving alms to a monk, preparing food in the family kitchen at their home in Na Klua and with a neighbor’s young child. 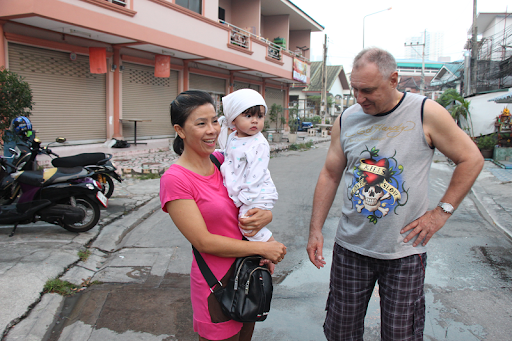