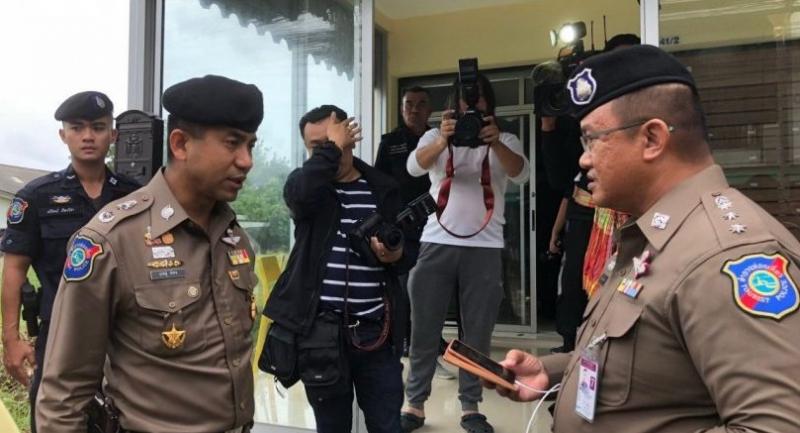 POLICE SEARCHED 11 locations in Phuket yesterday as part of their investigation into allegations that two tour companies involved in recent boat tragedies might have used Thai nominees and been involved in money laundering.

Lazy Cat Travel and TC Blue Dream have been closely scrutinised since their boats sank in the sea off Phuket last Thursday. The incident caused 46 deaths and at least two tourists are still unaccounted for. “We have now worked in collaboration with several agencies, including the Anti-Money Laundering Office [Amlo] and the Commerce Ministry,” said the Tourist Police Division’s deputy commander Pol Maj-General Surachate Hakparn.

Searched yesterday were the offices of the two companies, the houses of their executives and three related businesses in Phuket.

Surachate said documents at some locations were in English language only. “Our moves are in line with the policy to crack down on foreign businesses that have operated in Phuket under the front of Thai nominees,” Surachate said.

The use of nominees is illegal in Thailand. Thai nominees, if convicted, risk facing a jail term and a fine.

Chinese citizen Zhang Wenhao is the husband of TC Blue Dream’s owner Woraluck Rueakchaiyakan, who is Thai. He was not in Thailand when the accident happened last week and it was later reported in China that he describes himself as a diving instructor and an employee of his 26-year-old wife’s firm.

According to the report, all employees in the company, except captains and crew members, are Chinese.

Phoenix captain Somjing Boonchom is currently detained at Phuket Provincial Prison on charges of recklessness causing deaths and emotional-physical injuries to others. All those who died were on his boat.

There were no deaths and all tourists were rescued when Lazy Cat Travel’s Serenata sank.

About 49 per cent of Lazy Cat Travel’s shares belong to a Chinese firm.

Both Phoenix and Serenata reportedly violated a safety warning and ventured out to sea despite rough conditions last Thursday.

Tourism and Sports Minister Weerasak Kowsurat said relevant authorities would meet on Friday to discuss marine safety and how to improve safety measures.

So far, 37 bodies from the accident have been identified. Meanwhile, Deputy Prime Minister General Prawit Wongsuwon, yesterday offered an apology for a comment he made following the tragedies.

“If my words offended you, I would like to apologise,” he said.

He spoke after his earlier comments had whipped up a storm of criticism on social media in China. Following the accidents, Prawit suggested Chinese operators violating laws and causing harm to their fellow Chinese were to blame.

Prawit yesterday said he made the comment after receiving a report suggesting it was true.

“Please do not mix things up. We offer assistance to victims. That’s one thing. But we will take action against those who break the law. That’s the other thing,” Prawit said.

He said that while the government had extended its sincere condolences to Chinese people over the tragedies and would provide full help to the injured and deceased victims’ families, Thai police would need to take action against those responsible for the incidents.

“An investigation will continue to dig deep into why these two boats left the shore despite the warning,” he said.

“I think the comment will not affect the relationship [between two countries],” he said.