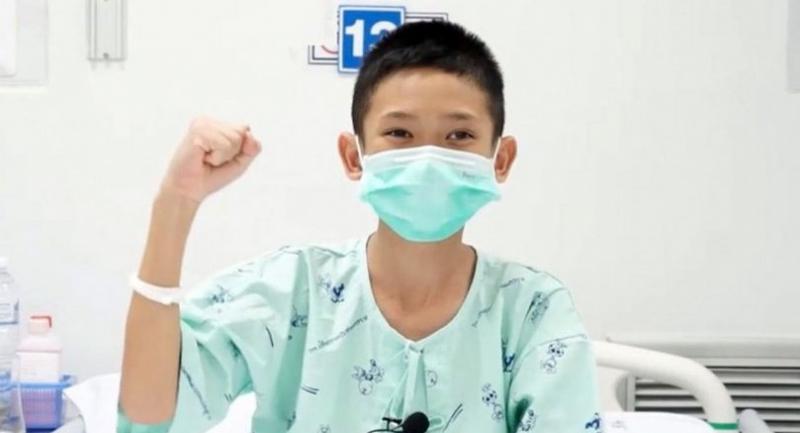 AT LEAST one of the four stateless Mu Pa footballers rescued from the flooded Tham Luang cave has a good chance of securing Thai citizenship.

“We have found his records at a municipal nursery, and although his parents are not Thais they are documented residents of Thailand,” Tambon Wiang Pha Kham Municipality’s clerk Lieutenant Kittichai Charoenying said earlier this week. “So it is very likely that he was born here in Thailand.”

Under Thai law, a person can get Thai citizenship if he is born to a Thai parent or parents, or is born in Thailand.

Mongkol was one of the 13 members of the Mu Pa Academy Mae Sai trapped by flash floods inside the Tham Luang cave in Chiang Rai province for more than two weeks.

The fate of the 12 boys and the team’s assistant football coach rivetted the attention of people across the world. Experts from several nations joined Thailand’s 17-day-long massive effort to rescue the trapped football team, turning what was believed to be an impossible mission into “mission possible”.

Although one ex-Navy SEAL died during the operation, all the 13 trapped footballers were eventually evacuated safely.

During the operation, it was revealed in media that Mongkol, Mu Pa teammates Pornchai Khamluang, 16, and Adul Samon, 14, as well as assistant football coach Ekkapol Chantawongse are stateless.

Since then, there have been growing calls for the four to get assistance with the process of seeking citizenship.

Kittichai this week said his municipality had already told Mongkol’s parents to produce witnesses or further documents to back up their request to recognise the boy’s Thai citizenship.“The process will take some time. But at this point, it is quite convincing that the boy was born here in Thailand,” Kittichai said.

“We can issue the certification in this regard,” Iam said.

Chiang Rai is a border province with Myanmar, and many people living there lack Thai citizenship papers.

Among them is Adul and many of his friends at the Chiang Rai Grace Church.

“To tell the truth, most children at the church do not have Thai citizenship,” said a migrant worker from Myanmar who has already given birth to three sons on Thai soil.

She said she has known Adul well since he was very young.

“He’s an orphan. His parents have already passed away,” she said.

Speaking on condition of anonymity, she said it would be extremely difficult for Adul to successfully undergo the nationality-verification process, given that he no longer had his parents by his side.

By Thai laws, a parent must contact authorities to request Thai citizenship for his or her child.