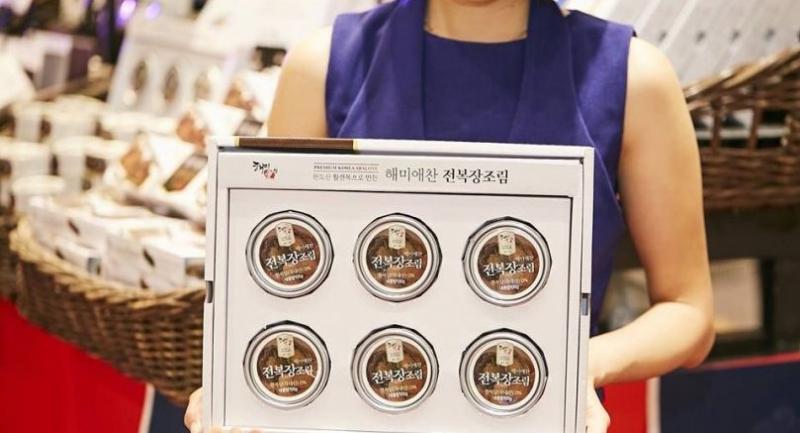 Jidubang, a major importer of Korean food and beverage products, has been boosted by the growing number of Thai consumers visiting Korean restaurants, with Thai diners now accounting for around 70 per cent of Korean food sales to restaurants.

The company has responded by releasing its new premium Korean seafood brand, K•Fish, as well as the expansion of its online distribution channel, with the goal of generating Thai sales of Bt272 million per annum within the next five years.

According to chief executive officer Junho Lim, Jidubang’s business strategy is now to increase the growth of its seafood product line under the K•Fish brand.

After being marketed in Thailand for three years, it has generated sales of more than Bt40 million so far this year, a figure that is expected to rise to Bt70 million in 2019 as the result of the expansion of its distribution channels and the changing Thai consumer-behaviour trend.

Thais have been increasingly interested in eating at Korean restaurants for the past five years, with 70 per cent of restaurant sales now coming from Thai diners, as against 80 per cent being accounted for by Koreans five years ago, the CEO said.

Today, the Thai market is very important to Korean restaurant entrepreneurs and it is believed that Korean food fever in the Kingdom will go on and on, he added.

Given these factors, the company wants to release more seafood products to the market under the K•Fish brand.

The K•Fish brand is the first South Korean government-certified fishery export under a promotional drive created by the country’s Ministry of Oceans and Fisheries.

“K•Fish products include 11 seafood products ready for export, which are Gim, Flatfish, Abalone, Miyok, Conger, Seasoned Squid, Oyster, Red Snow Crab, Fish Cake, and Tuna (canned and retort). We can guarantee the quality of Korean seafood thanks to our specific weather and geography,” Lim explained.

Jidubang currently sells the products at its own shops as one of its Thai distribution channels, including K Market and Jibubang Market.

All K Market branches will be transformed to Jidubang Market, in addition to its only stand-alone shop in Ratchada, in parallel with ongoing online-platform development through the firm’s website and application.

The new e-commerce platform is expected to be completed around March 2019.

Some 20 per cent of next year’s Thai sales will come from online channels, with a sales-growth goal of 60-70 per cent over the next five years, the chief executive said.

Overall Thai sales are targeted to double to Bt272 million in five years, from Bt136 million in 2018.