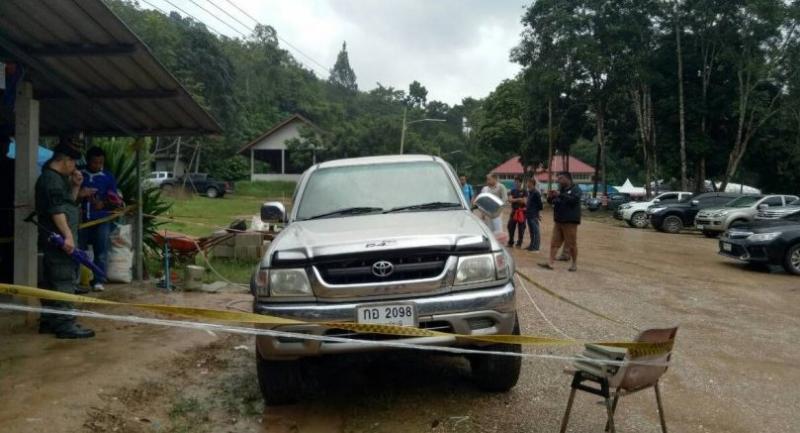 A village headman was gunned down in Surat Thani’s early on Tuesday, police said.

The Mothai police station was alerted of the shooting of Chaiyut Mungmee, 54, beside his pickup truck in Moo 7 village of tambon Pak Mak, Chaiya district at 2.30am.

Police said Chaiyut was killed as he was about to go home after having organised a tea party at the Ban Yang Prong rescue centre to raise funds for the tambon hospital.

He was shot in the back by a shotgun.

Surat Thani police chief Pol Maj-General Apichart Boonsriroj ruled out politics as being behind the shooting. He said the murder might have been motivated by business conflicts or extramarital affairs.