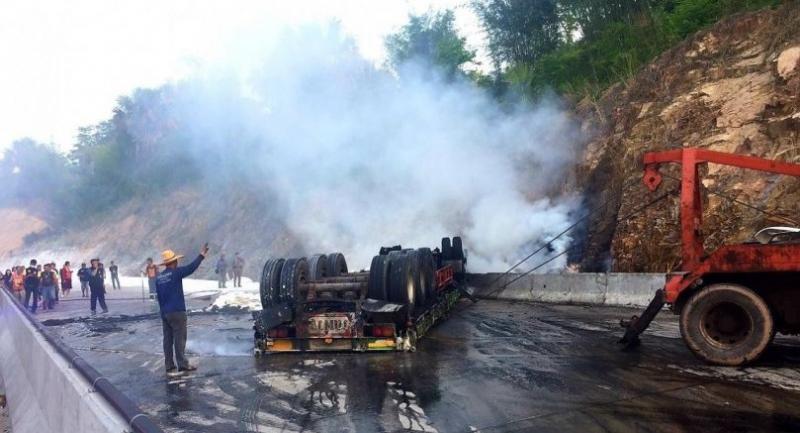 The driver of a trailer truck was killed when his vehicle flipped over on a downhill road in Prachin Buri province and caught fire early on Thursday, police said. The truck blocked two lanes of highway No 304, causing long lines of vehicles from 5.15am before officials could clear one lane for traffic at 8am.

The driver, whose charred body was found in the truck after the fire was put out, is yet to be identified.

The accident happened between kilometre markers 210 and 211 in Tambon Bupram in Na Di district. Na Di district chief Noppadol Ngamlua said witnesses saw the truck, which was loaded with tapioca powder, running fast down the mountain. The truck driver apparently lost control and swerved the vehicle to the left before it overturned.

Officials had to use a tractor to clear the tapioca powder bags from one lane of the road before vehicles could pass through the accident scene.