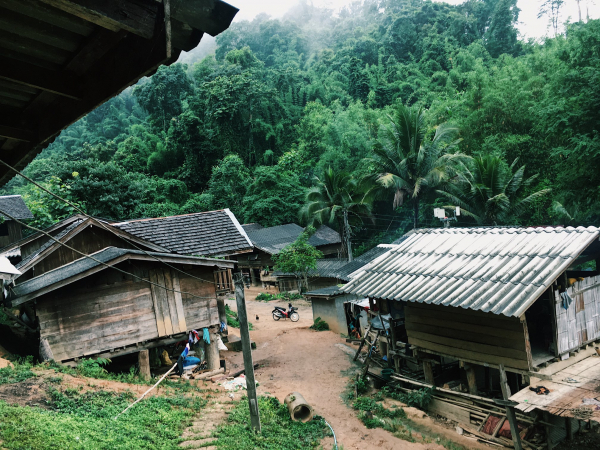 Land rights campaigners are calling on the new government to revoke the National Council for Peace and Order’s forest reclamation policy and halt the enforcement of the newly amended National Park Act, thus bringing to an end the ongoing suppression of and violence against communities in the forest.

“Right now 14 poor and landless villagers who live on disputed land in Sai Thong National Park, are facing up to 4 years in jail and fines of hundreds of thousands of Baht for allegedly encroaching on protected forestland, which is causing great difficulties both to them and their families,” Oranuch said.

“But they will not be the last victims of the suppression and rights violations by the authorities under the NCPO’s forest reclamation policy, as more and more people, who are currently living in disputed forestland nationwide, will be brought to trial and given similar extremely heavy penalties, since the officers are still actively enforcing the unjust forest reclamation policy on forest communities.”

The forest reclamation policy was announced by the NCPO in 2014 shortly after the coup with the aim of seizing forestland subject to illegal encroachment by wealthy investors and to increase the forest-covered areas of the country to 40 per cent from the current 31.57 per cent.

However, instead of cracking down on the big players, officers have tended to target the poor villagers in the forest. The People’s Movement for a Just Society (P-Move) revealed that during the first half of this year, more than 1,830 forest encroachment cases have been filed against poor people under the forest reclamation policy.

Oranuch is urging the newly formed administration to reconsider the problematic forest reclamation policy and other harmful laws such as the new National Park Act, which will enforce stricter rules with heavier penalties on the land and natural resources management in the national parks, and immediately stop the unjust legal prosecution of local people in the forest.

“If the new government, especially the new Natural Resources and Environment Minister, ignores the problems and conflicts caused by the forest reclamation policy and continues to take violent action to drive the people out of the forest, we are going to face an even greater social crisis from these unfair and unjust operations,” she warned.

Meanwhile, Thakoon Sorawongsiri, an academic from Udon Thani Rajabhat University, urged the government to acknowledge the people’s rights and wisdom on forestland and natural resource management and allow the local communities in the forest to keep their traditional livelihoods while jointly managing the forest and natural resources with the authorities, noting that this was the best solution to the conflicts.

“Several academic research studies have confirmed that indigenous people can live in perfect harmony with nature and can sustainably manage the natural resources in the forest without harming it,” Thakoon said.

“If the government acknowledges their rights to live in the forest and works with them, we can solve the conflicts with the local people and protect the forest from being encroached upon and exploited by the big investors, who are the real culprits behind massive deforestation in Thailand.”