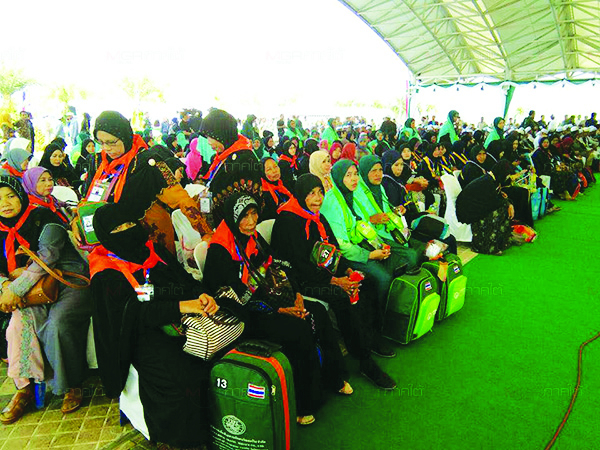 The Interior Ministry permanent secretary chaired a ceremony on Tuesday to see off 1,935 Muslims to Mecca, Saudi Arabia, for the annual haj pilgrimage.

Permanent secretary Chatchai Promlert chaired the ceremony at Suvarnabhumi Airport at 6.30am.

The 1,935 Muslims departed Bangkok on seven THAI and Saudi Arabian Airlines flights to the Middle Eastern country, where they will perform haj rites until August 6.

To make it convenient for the pilgrims, the airport provided special channels for immigration and customs, as well as a medical checkup at Gates 4 and 9.