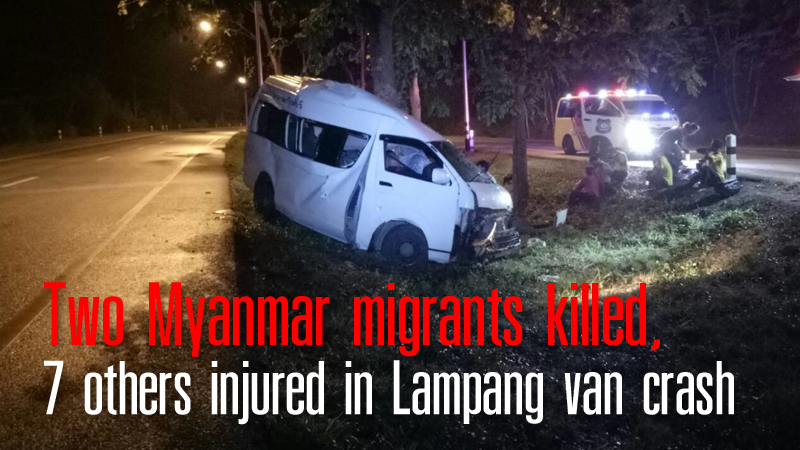 Two Myanmar migrants were killed and seven others injured when a van transporting them from Tak to Chiang Rai hit a tree on a Lampang road early Tuesday, police said.

The van fell into the ditch in the middle of the road and hit a tree.

Police said the Thai van driver, Phitsanu Sitthisungnone, 36, was injured along with his seven Myanmar passengers. The eight injured were rushed to the district hospital.

Police have yet to interrogate the driver and will consider charges against him. Police believe the driver fell asleep and lost control of the vehicle.