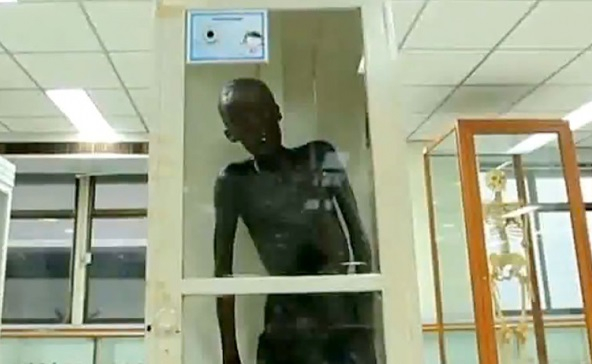 Bangkok’s Siriraj Hospital has now removed the embalmed corpse of alleged Chinese serial killer Si Quey from its museum, but continues to research the law to decide how to deal with the man’s corpse.

The hospital searched from early July to August 4 for Si Quey’s relatives to discuss his corpse. Dr Prasit Watanapa, dean of Mahidol University’s Faculty of Medicine Siriraj Hospital, on Wednesday said some people had stepped forward claiming to be the man’s relatives but were unable to provide evidence to back their claim.
The faculty and the National Human Rights Commission (NHRC) on August 5 held discussions and concluded that since the embalmed corpse had already been removed from the museum, and there had been protests about legal matters surrounding its handling, more research was needed as well as ongoing discussions with the rights commission. The hospital has now reviewed related laws and regulations and would soon notify the public about what they would do next with the corpse, said Prasit.
Following pressure from an online campaign to restore the convict’s human dignity, the hospital on May 31 removed the label “cannibal” from the glass case displaying Si Quey’s embalmed body. The hospital later announced that it would cremate his body, but then shifted to announcing it would first search for the man’s living relatives to keep in-step with the law.
Si Quey was reportedly a Chinese migrant who moved to Thailand shortly after the end of World War II. He was accused of murdering seven children between 1954 and 1958 in Prachuap Khiri Khan, Nakhon Pathom, Bangkok and Rayong provinces, but was found guilty of only one murder – in Rayong.
He was sentenced to death, and executed by a firing squad in September 1959. Siriraj Medical School sought custody of his body for autopsy studies. Later, the body was embalmed and put on display in a glass case at Siriraj Medical Museum.