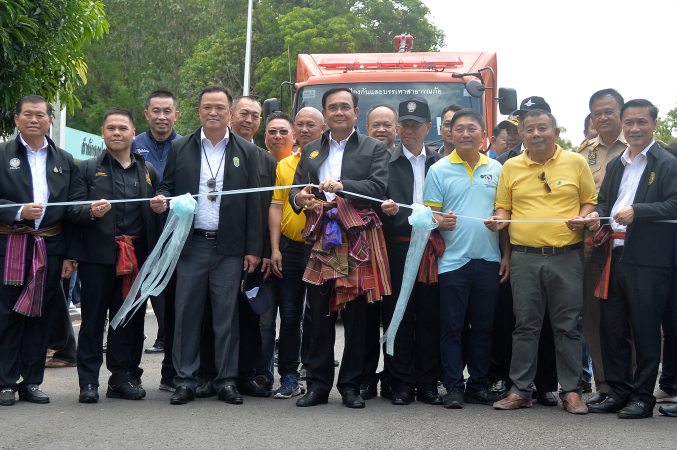 Prime Minister General Prayut Chan-o-cha left on a 7am military plane to the Buri Ram airport on Monday morning to gather first-hand information on the drought in Buri Ram and Surin provinces.

Prayut and his entourage were scheduled to observe the water level of the Huay Saneng Reservoir in Surin in the morning, where they would be briefed about the northeastern province’s water shortage.

After the briefing, Prayut would oversee a ceremony to dispatch water trucks from the Surin Irrigation Office to help affected villagers. He would then hold a meeting with the governors of 20 northeastern provinces at the Surin provincial hall.

The prime minister and his entourage would later visit the Surin rainmaking unit at Surin airport.

In the afternoon, Prayut is scheduled to visit Huay Chorake Mak Reservoir in Buri Ram province, where he would be briefed about the water shortage.

Before the entourage returns to Bangkok, the prime minister is also to meet with 118 villagers who allowed the authorities to use parts of their land to dig an irrigation canal to draw water from Lam Pathia river to the Huay Talad Reservoir to tackle drought.