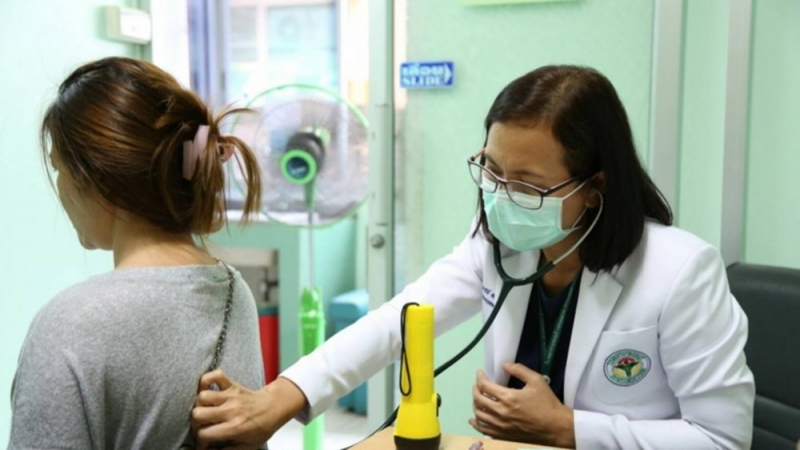 Since Thailand has about 1,000 state hospitals and at least 15,000 pharmacies – with more than 4,800 in Bangkok – it is only sensible to merge the two together so patients being treated under the Universal Healthcare Coverage can have their prescriptions filled at a local pharmacy instead of having to queue at over-crowded state hospitals.

A survey in 2018 of users of the Universal Healthcare scheme, which was launched in 2001, found that 51 per cent preferred not to go to hospital for non-critical conditions due to “long waiting times” and instead chose to purchase their medications over the counter. The survey also found that many patients with chronic conditions like diabetes and high-blood pressure just stopped taking their medication or took it occasionally making their treatment ineffective.

Hence, the idea of offering them the option of having their prescriptions filled at pharmacies for free came up, though it did not get much support from the Public Health Ministry.

However, this idea appears to have returned with Public Health Minister Anutin Charnvirakul calling a meeting with the National Health Security Office (NHSO)’s policy and strategy committee on August 15 to discuss the reduction of waiting times at state hospitals and the feasibility of allowing patients to collect their medicines at pharmacies.

The meeting resolved to implement the service on a pilot basis at 50 hospitals and 500 pharmacies nationwide, but that it would only cover four chronic ailments, namely diabetes, high-blood pressure, asthma and psychiatric disorders. At least 40 per cent of patients are affected by these conditions.

However, the NHSO has asked for time to study three prescription-filling methods and has said it will present options on September 2, while Anutin wants the process to be completed so the pilot project can be implemented from October 1.

The three options being studied are:

1. Hospitals sending prescriptions to pharmacies, which will reduce crowding at hospitals, but will boost the workload of hospital personnel;

2. Hospitals sending medication to pharmacies where qualified pharmacists will fill the prescriptions, though this will require pharmacies to have proper storage facilities as they will be serving as hospitals’ drug-dispensing units; and,

3. Pharmacies procuring and giving medicines to patients ahead of time and getting reimbursements from hospitals later, which will result in easing the burden on hospital staff, but this scheme may not be accepted by small- and medium-sized pharmacies as they may not have the funds to invest.

The minister, however, has insisted that this scheme be put in place soon as it will benefit most patients without them having to queue up for hours at hospitals. He also said that prescriptions can only be changed by the doctor, not the pharmacist.

Jiraporn Limpananon, chairperson of the Pharmacy Council of Thailand, said she had proposed this idea to previous governments but did not get a good response. She said this measure, which is already implemented in other countries, will help solve the issue of patients crowding public hospitals, which are already swamped with heavy workload and do not have the funds to hire additional pharmacists. The lack of enough qualified pharmacists at state hospitals is also leading to problems such as errors in the dispensing of medicines, she said.

In order to implement this idea, she suggested that Universal Healthcare scheme users should register with their subscribed hospitals and choose the pharmacy they will collect their medicines from, while the NHSO should also ease the financial burden on community pharmacies by paying for drug-storage facilities, pharmacists’ fees and other related expenses.

She also voiced confidence that the ministerial advisory team will foresee possible drawbacks, especially concerns that some big businesses might use this as an opportunity to snatch a large share of the market from community pharmacies, and come up with measures to prevent this.