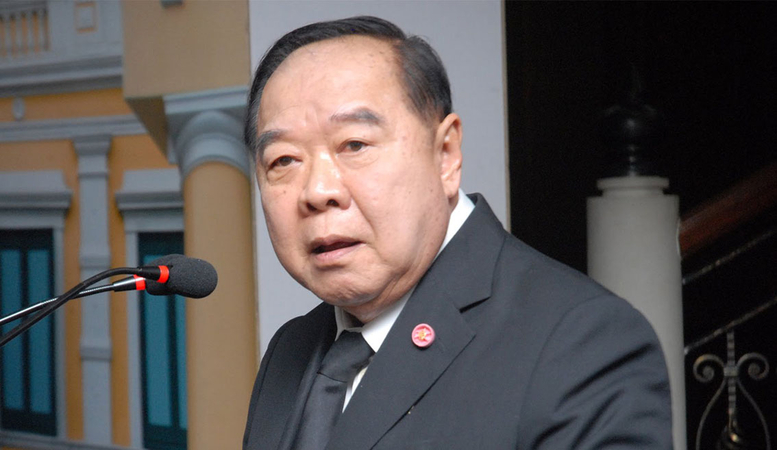 Deputy Prime Minister General Prawit Wongsuwan said Tuesday that the time is not right for constitutional amendments as the government is giving priority to helping the people affected by floods.

Speaking to reporters at the Government House, Prawit said it was not the right time to discuss charter amendments.

He was referring to a proposal from the Democrat Party that called for the establishment of a special House committee to study how to “improve” the 2017 charter. The Democrats promised during their election campaign to push for charter amendments to make it more democratic.

“We are now trying to tackle the flood woes. Everything is in turmoil so the issue should be put aside for discussion later,” Prawit said when asked to comment on the Democrat’s proposal.

He said the people’s opinions should also be surveyed before the charter is amended because the current constitution had been approved by the public in a national referendum.