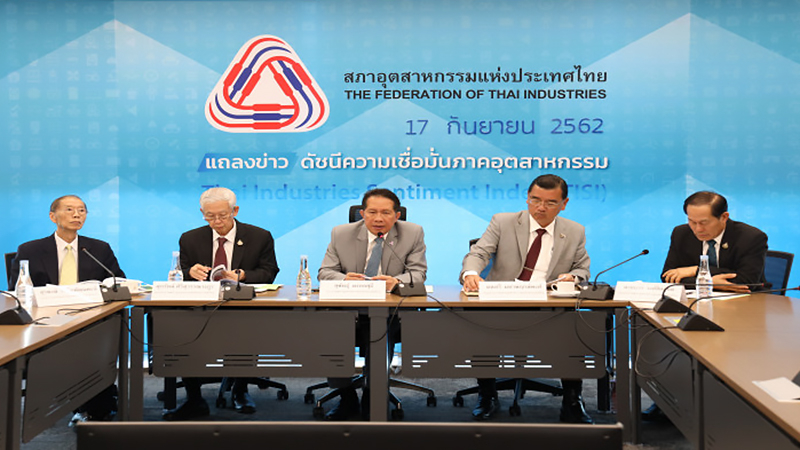 The Thai Industries Sentiment Index has dropped to its lowest point since last November due to concern over decreased spending, a stronger baht, and the prolonged US-China trade war, the Federation of Thai Industries (FTI) reported on Tuesday.

“The elements that have gone down include overall purchase orders, overall sales, production volume, operating costs and business profits,” he said.

Suphan explained that the sentiment index hit such a low point due to entrepreneurs’ concerns over decreasing domestic purchasing power in all regions.

“Consumers have been spending more cautiously, forcing markets to become more competitive for manufacturers,” he said. “Furthermore, the stronger baht has hindered export growth in the past few months, while the flood situation since late August has slowed product transportation especially in the north and northeast regions.”

The FTI chairman added that the US-China trade dispute has also affected sentiment. “Although China has reduced its import duties on 16 US products, it’s still not enough to restore confidence.”

The FTI, however, forecast an increased expectation index in the next three months of 102.9 – up from 102.3 in July.

Suphan also said the drone/missile strikes on two major Saudi oil refineries should have only minor impact on the Thai economy as Thailand imports crude oil from several sources in the Middle East. “However, we are keeping a close eye on the situation,” he said.