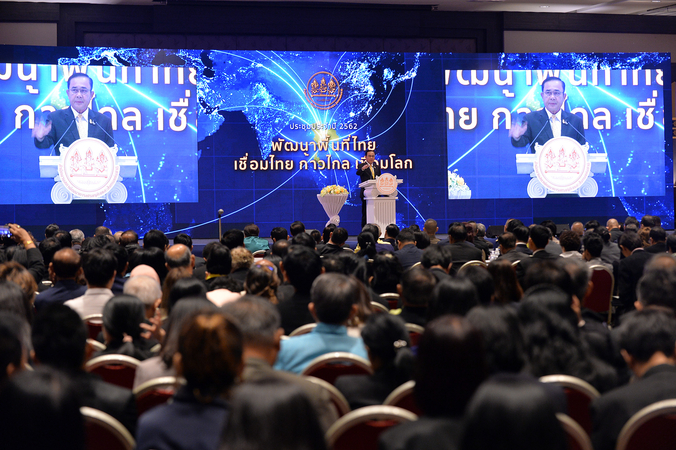 He made the comment at the seminar “Connecting Thailand with the World”, hosted by the Office of the National Economics and Social Development Council in Muang Thong Thani on Wednesday (September 18), and also vowed to extend the registration deadline for low-income earners to receive state welfare.
“There are two possible approaches to moving the capital,” Prayut said. “The first is finding a city that’s neither too far nor too expensive to move to. The second is to decentralise the urban area to outer Bangkok to reduce crowding.”
The second approach would preserve Bangkok’s important landmarks, he said, while government and business facilities could be relocated to the city’s perimeter, reducing the need for so many people to travel in and out of the city centre and thus easing traffic jams.
Moving the capital is just an idea and would require extensive research as to the economic and social impacts, Prayut said, but it is a possibility under his administration.
“Past governments were never able to pull this off, fearing it would cause irreparable conflict in society,” he said. “The first priority now is to establish mutual understanding among the people to make sure they and the government are on the same page.”
Earlier this year Indonesia’s president announced that the capital of the world’s fourth-most populous country will be moved from Jakarta on the crowded main island of Java, though no new location has been chosen.
Prayut also said at the seminar 14.6 million citizens had registered as low-income earners eligible for state welfare, though he believes the number should be higher.
“Some people missed the registration deadline, so the government will extend it indefinitely to make sure no one is left behind,” he said.