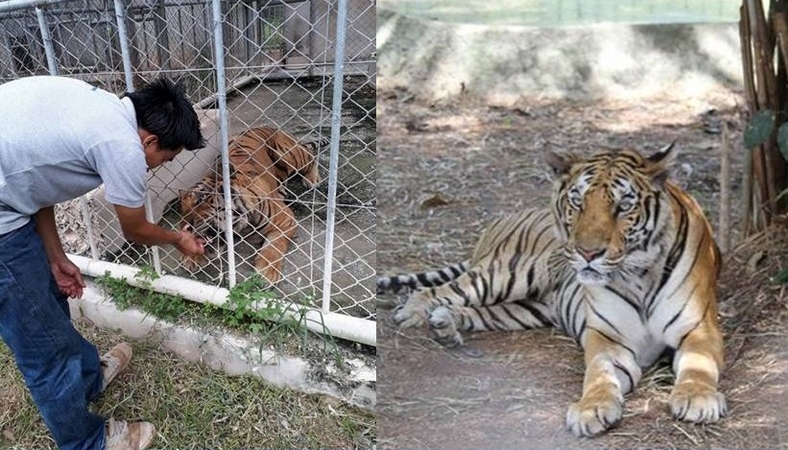 Reporters were on Friday (September 20) shown the carcasses of 86 tigers that died recently from laryngeal tongue paralysis to dispel a rumour that some had been short of teeth, claws or even heads.

While the carcasses had been chopped into large parts and placed in formalin inside 200-litre containers to prevent decomposition, the animals were seen to be missing no heads or extremities.

Sompoj Maneerat of the Department of National Parks, Wildlife and Plant Conservation led the grim tour of a facility in Ratchaburi province where the bodies are temporarily being stored.

The tigers, mostly Siberians, were among 147 being kept at two Ratchaburi wildlife breeding stations as living evidence in an ongoing animal-trafficking case after their seizure from a forest monastery in Kanchanaburi three years ago.

The rest are still alive and well.

Banphot Maleehuan, head of the Khao Prathap Chang breeding station, confirmed for reporters the circumstances of the 86 tigers’ deaths and said the rest had been vaccinated and were well cared for.

He said 54 tigers at his station had died, leaving 31 survivors, while 32 died at the Khao Son breeding station, where 30 remain.

Laryngeal tongue paralysis, a nerve disorder that can also affect humans, can in some cases restrict breathing and the ability to swallow food.