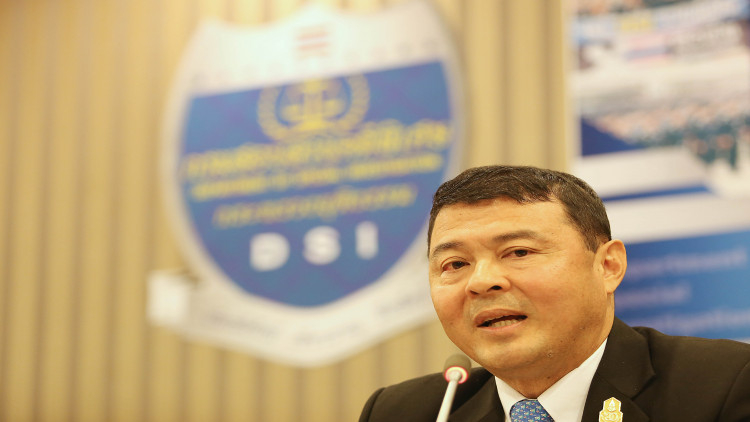 Department of Special Investigation (DSI) has issued a warning that an investment scheme that is promising high returns in a short time could be a pyramid scheme, with the risk that its executives later grab the money and run.

DSI chief Pol Colonel Paisit Wongmuang cited a report that the agency recently received that a limited public company with registered capital worth Bt300 million had invited Thai investors to place their money, ranging from Bt1,000-Bt1 million, into its scheme with the promise of a weekly return on investment (ROI) dividend worth up to Bt50,000.

The company promised to pay the ROI dividend to members every Friday at 95 payments per investor, who would then receive stocks to hold as per their chosen investment package, Paisit said. The investors would then have a choice to either keep receiving the dividend or to sell the stocks, the company has promised.

The available packages included a Bt1,000 investment which promised a Bt50 dividend every week, with the investor receiving a total of Bt4,750 over 95 payment before then receiving common stocks. A Bt1 million investment was promised to deliver a Bt50,000 dividend per week, which multiplied by 95 times would deliver Bt4.75 million to the investor, who would then allegedly receive 10,000 common stocks, the DSI chief said.

The company has also told people that the ROI dividend to be paid every Friday was not interest and so was not regarded as the payment of illegal-rated interest, he added.

However, Paisit said the company’s activities appear to be within the meaning of loans under Section 3 under the Emergency Decree on Loans of Money Amounting to Public Cheating and Fraud, BE 2527 (1984), and so DSI will check the details to see whether any laws have been broken.

Meanwhile, DSI is warning the public. “DSI would like to warn the general public to beware of such investment scheme. ... We would like to inform people that pyramid schemes have often used interesting marketing strategies and advertising to lure people into short-term investments with a promise to pay a high return. They may use the money from newcomers to repay the old members so as to convince people that the business is working, but when they raise enough money, they may flee with the victims' money, resulting in damages,” Paisit said.

He urged that people consult with the DSI via 1202 about suspicious investment schemes.