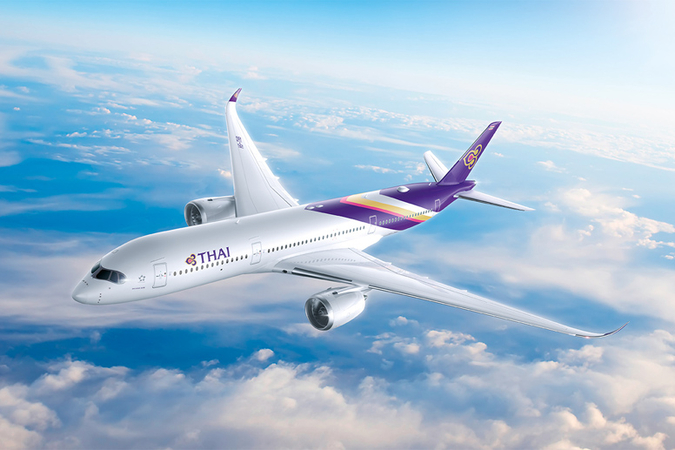 Thai Airways (THAI) needs to modify its rehabilitation plan if it is to survive in the face of tight competition, especially since it still has a total debt of over Bt2.45 billion and losses of more than Bt20 billion, despite being able to reduce its debts by Bt48 billion over the past five years.

The airline’s president Sumet Damrongchaitham said the first step will be to restructure THAI’s management and finances as well as reconsider its plan to spend Bt1.5 billion on 38 new aircraft.

He said the biggest problem is that THAI has low capital but a high D/E (debt/equity) ratio of eight times debt to equity. In order to maintain its competitiveness, the carrier will have to reduce its debts versus assets and boost its working capital with support from the ministries of Transport and Finance. Hence, it plans to borrow approximately Bt3.2 billion in fiscal 2020 in line with the budget limit set by the Office of Public Debt Management. This loan will be taken to support the airline’s investments as well as for its working capital, to update equipment and maintain existing aircraft, but will not be used to repay old debts.

THAI is also concerned about maintaining its liquidity because at the end of June this year, its revolving credit line stood at 13.4 per cent of the total revenue forecast for 2019.

Sumet said that though the original rehabilitation plan has a set framework, the situation has now changed due to the appreciation of the baht, so in order to achieve goals, the work method has to be redesigned, such as finding a way to procure more passengers. “We are now in the process of analysing new markets,” he said.

Meanwhile, THAI’s board chairman Aek-Niti Nitithan-Praphas also said the board is reconsidering plans to procure a new fleet taking into consideration the state of the global and domestic economies as well as the US-China trade war.

The growth of the tourism industry and THAI’s financial status needs to be reviewed in line with strong competition and routes that are no longer popular. It’s better to carefully revise the plan instead of exposing the airline to greater risk, he said, adding that the target should be reduce THAI’s expenses by 20 per cent.

Meanwhile, THAI aims to boost the sale of tickets, find ways of increasing online shopping of duty-free goods and reducing unnecessary expenses by 10 per cent without affecting the quality of service in the last three months of the year. The airline is also negotiating the option of cutting down overtime expenses and is looking into curbing losses incurred by THAI Smile by increasing its flying hours to 10.5 hours daily. These steps are expected to help the airline reach breakeven point in the short term.

The airline is also considering long-term goals such roping in more passengers by offering greater benefits to Royal Orchid Plus members, focusing on digital marketing, retiring non-performing assets as well as increasing revenue from related businesses such as kitchens and aircraft repair centres.