Prime Minister Prayut Chan-o-cha has asked his Indian counterpart Narendra Modi to consider lowering his country’s import tariffs on rubber, palm oil and tapioca, which are in high demand there while Thailand typically has an oversupply.

It was among several topics they discussed privately on the side lines of the Asean Summit at Impact Forum, government spokeswoman Narumon Pinyosinwat reported on Sunday (November 3).

“Prayut thanked Modi for attending and is looking forward for his official visit next year, which will help strengthen our countries’ long-standing relationship,” she said.

Modi congratulated the Thai government on successfully hosting the summit, she said, and affirmed that India attaches high priority to its relations with Southeast Asian nations.

Modi asked Prayut, who is also defence minister, to press the United States to make India a full participant in the annual Cobra Gold military exercises the US armed forces conduct with regional allies.

And he invited Prayut to attend the defence exhibition Defexpo 2020 in India in February. 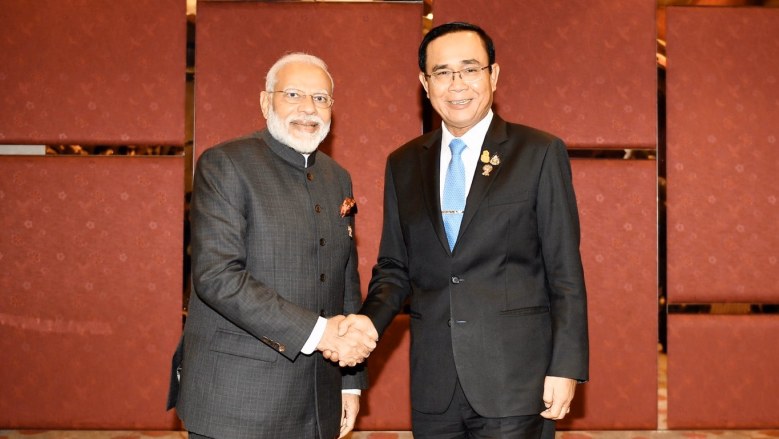 “Both parties then reviewed last month’s Joint Commission Meeting between India and Thailand in New Delhi, where several urgent issues were addressed and opportunities for collaboration were pursued,” said Narumon.

The premiers then discussed collaboration to boost bilateral investments, aiming to achieve US$200 billion in trade volume by 2022 by utilising advantages provided by the Asean-India Free Trade Agreement.