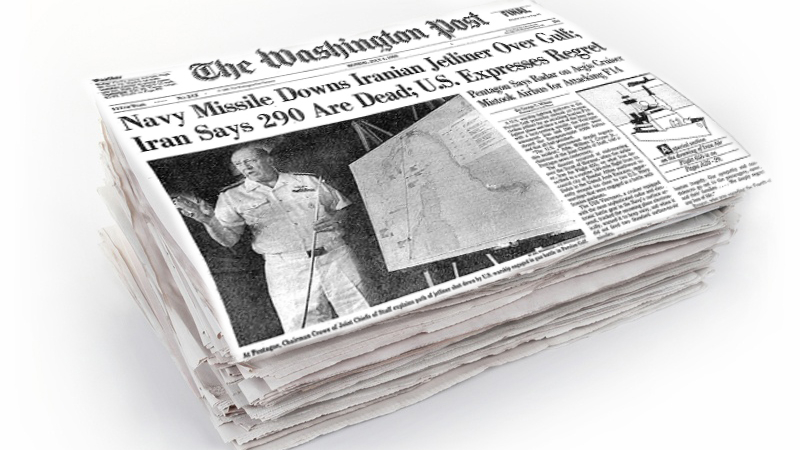 An Iranian anti-aircraft missile may have shot down Ukrainian Airlines flight 752 near Tehran, killing all 176 passengers, U.S. officials said Thursday. Iranian state media had previously said the Wednesday crash was likely due to "mechanical failure."

Only four days ago, Iranian President Hassan Rouhani had reminded the world that the United States once accidentally shot down an Iranian passenger jet. He invoked the incident in response to a Trump tweet.

"Those who refer to the number 52 should also remember the number 290. #IR655Never threaten the Iranian nation," he posted.

Although the incident is nearly forgotten in the United States, it is etched deeply in memory in Iran, where the country is mourning the U.S. airstrike that killed Iranian military commander Qasem Soleimani.

In 1988, the long war between Iraq and Iran was close to ending. At the time, the United States supported Iraq and its leader Saddam Hussein in their fight against Iran. U.S. Navy ships patrolled the Persian Gulf to protect shipping routes.

On the morning of July 3, the cruiser USS Vincennes was engaged in a skirmish with Iranian gunboats in the Strait of Hormuz. Not far away, in the coastal city of Bandar Abbas, an Iran Air commercial jet took off for a routine flight to Dubai. This flight was frequently packed with weekend shoppers going to Dubai for jewelry and electronics, The Washington Post's Valerie Strauss reported.

The Vincennes's radar detected the nearby aircraft, and crew members mistook it for an Iranian F-14 fighter jet. After sending warnings with no response, the ship fired two surface-to-air missiles, destroying the aircraft.

According to coverage in The Washington Post at the time, the plane's wreckage fell into Iranian waters. Iranian rescue crews found no survivors, and Iranian television showed footage of bodies floating in the water among the debris.

Iran called the incident a "barbaric massacre" and accused the United States of deliberately shooting down a civilian aircraft. At first, Pentagon officials denied any role in the incident until more detailed intelligence revealed their mistake.

President Ronald Reagan, who was at Camp David for the Fourth of July holiday, said: "This is a terrible human tragedy. Our sympathy and condolences go out to the passengers, crew and their families." He also said that the airliner had "failed to heed repeated warnings" and that the Vincennes took "a proper defensive action."

A month later, a Defense Department investigation concluded that "Iran must share the responsibility for the tragedy" for allowing a civilian aircraft to fly near ongoing hostilities, and that it was "not the result of any negligent or culpable conduct by any U.S. Naval personnel associated with the incident."

But in December of that year, a United Nations agency, the International Civil Aviation Organization, came to a different conclusion. It faulted the United States because none of its ships in the area had the equipment necessary to listen in on civilian air traffic control frequencies, which would have identified the passenger jet.

"Seven of [ICAO's] eight recommendations were directed at the Navy shortcomings it had identified," The New York Times reported.

In May 1989, Iran sued the United States in the International Court of Justice for compensation for the victims and the destruction of the plane. The two governments reached a settlement in 1996; the United States did not accept liability but "expressed deep regret over the loss of lives" and agreed to pay $61.8 million to the victims' families.

The shooting down of Flight 655 also coincided with Iraq's increased use of chemical weapons in its war with Iran, prompting Iran to agree to a cease-fire two months later.

To this day, many hard-liners in the Iranian government believe the downing of the airliner was intentional.