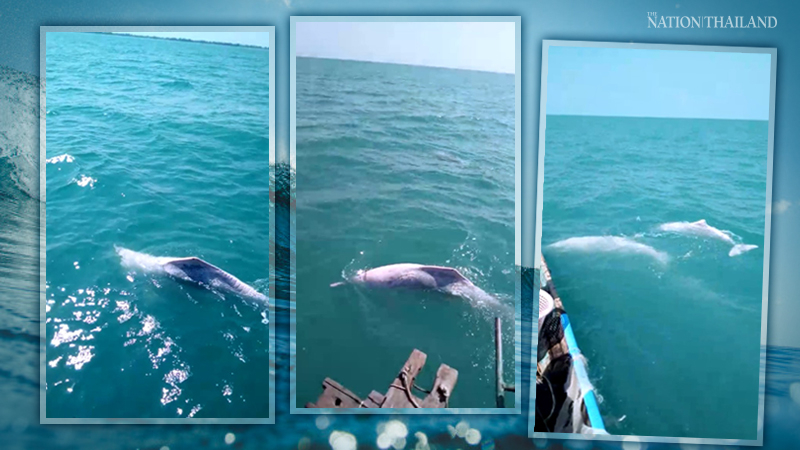 A group of albino dolphins broke water and greeted delighted fishermen in the Gulf of Thailand off Songkhla’s Sathing Phra district.

“SOS”, a LINE group, posted a video clip of the dolphins today (January 14).

The group administrator said three fishermen caught sight of the dolphins in the boundary area between Kradang Nga and Ja Ting Phra subdistricts on Sunday (January 12). 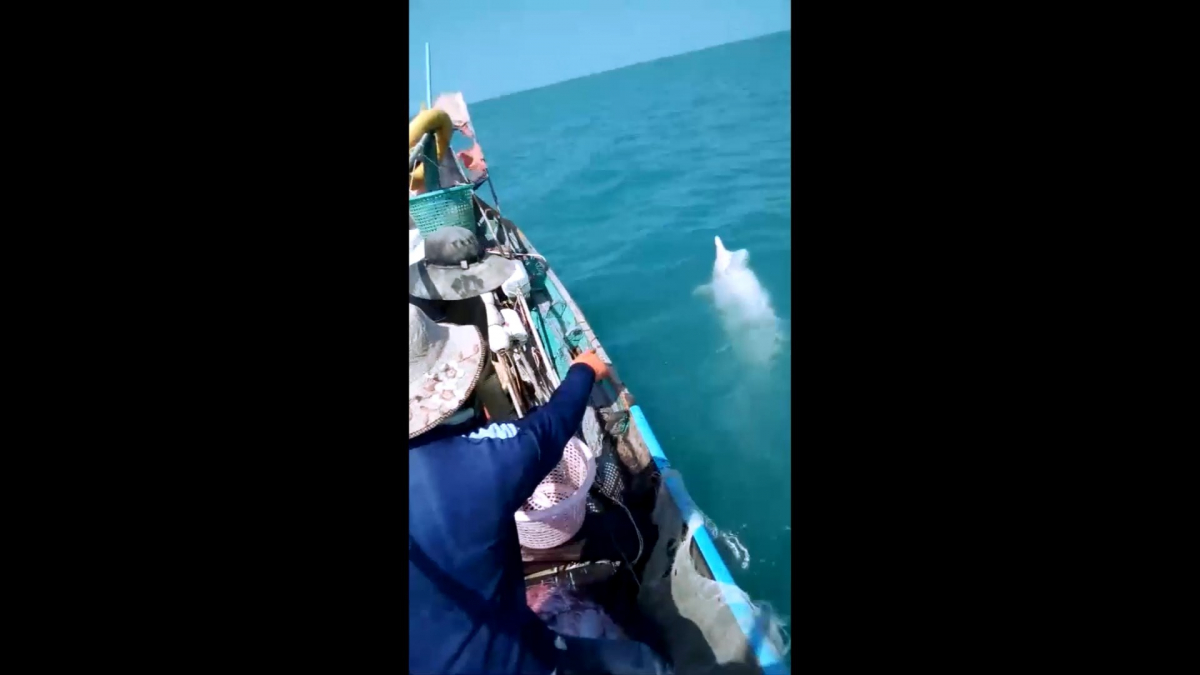 “The fishermen discovered the group of albino dolphins while they pulled their fishing net onto their boat, believing that the dolphins followed the fish that were caught in the net. Some of the dolphins swam around the boat, appearing to ask for food,” the administrator said. 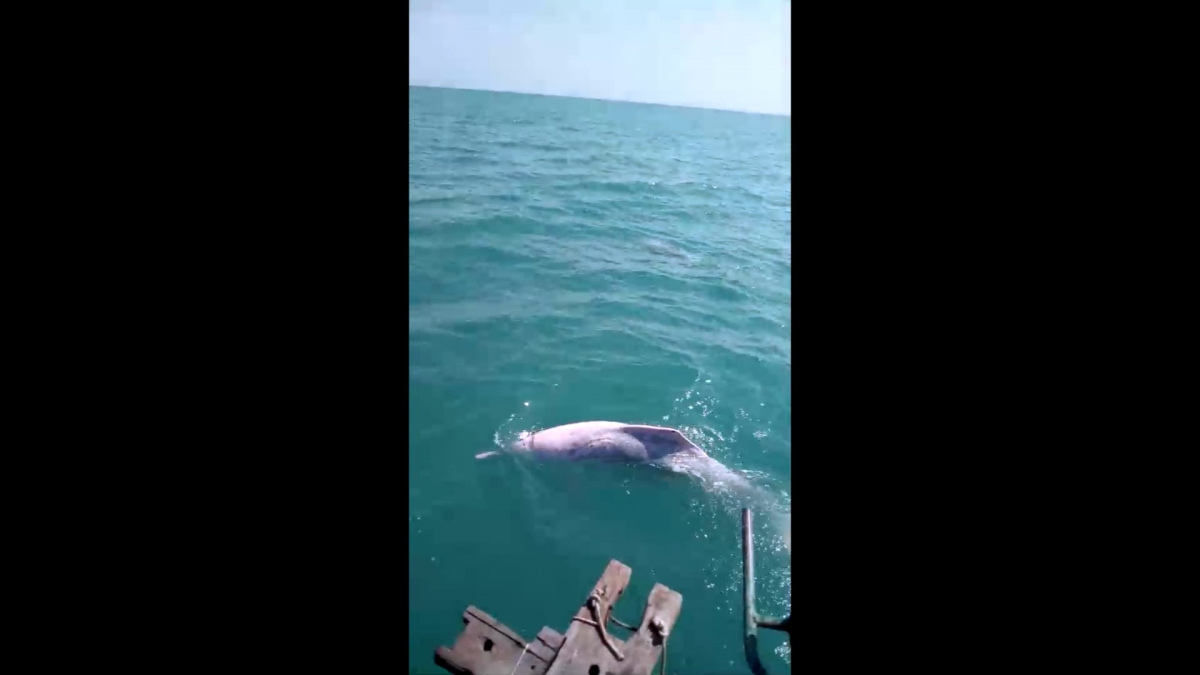 “One of the fishermen grabbed his phone and recorded the video clip, while they kept throwing fish from a basket to the dolphins until their fish stock ran out,” he added. 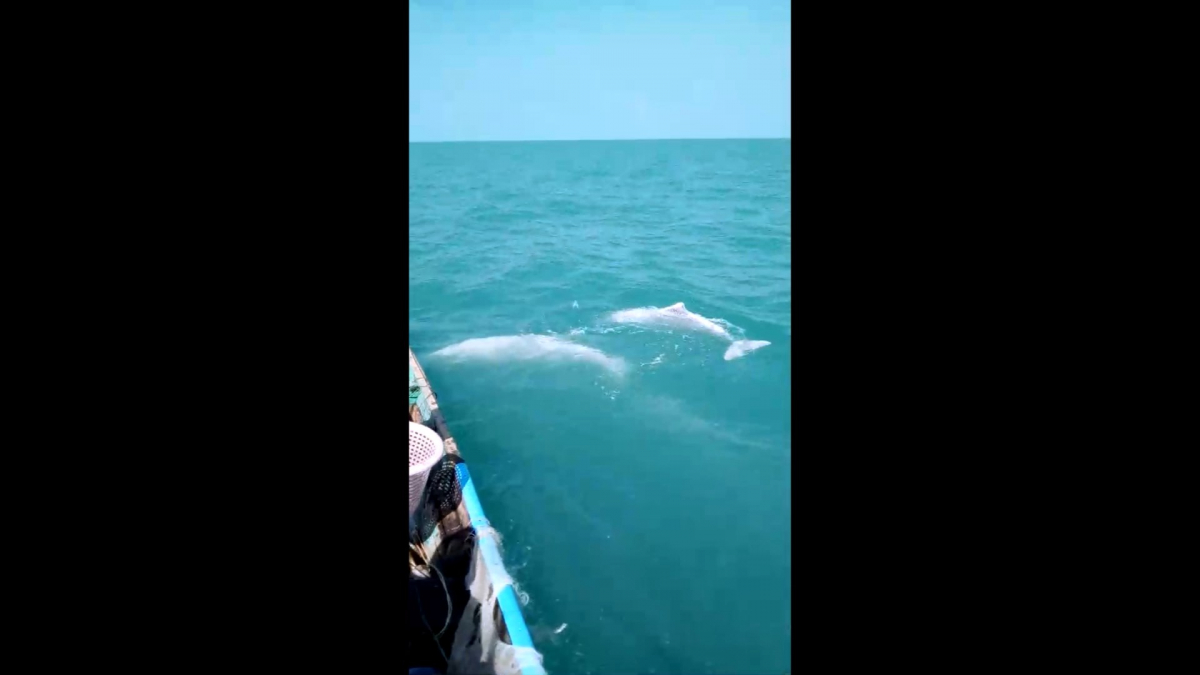 Several SOS members posted comments appreciating the three fishermen’s actions and the “cute” albino dolphins, which are hard to find.