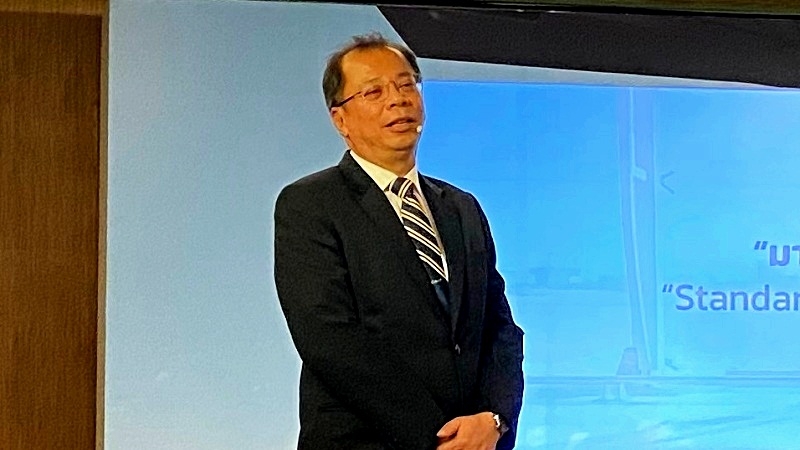 The Civil Aviation Authority of Thailand (CAAT) plans to introduce “Standards towards Sustainability” with the focus on upgrading safety standards – including in the use of unmanned aerial vehicles (drones) and helicopter emergency medical services (HEMS). Director-general Chula Sukmanop briefed reporters on the plans on Thursday (January 15) at a Bangkok hotel.

He noted the increasing use of drones now that they are highly affordable and often carry advanced technology.

But their common use poses risks to the safety of communities and commercial flight operations, and to individual privacy.

HEMS, in contrast, offer the advantage of quicker access to accident victims and hospital patients in critical condition.

Chula said CAAT needs to boost its operational efficiency by “promoting its core values to development in the same direction”.

It will do so by upgrading standard to match those of the International Civil Aviation Organisation and developing a regulatory system consistent with international standards, he said.

“These figures suggest a slowdown in the Thai aviation industry,” he said, “so it’s vital that we upgrade our standards to keep pace with incoming changes and make civil aviation development sustainable in every respect.”

CAAT, a state agency overseen by the Ministry of Transport, is in charge of regulating, promoting and developing the civil aviation sector.

Its mission includes supporting robust growth among operators and increasing their international competitiveness.