State officials and airline staff who brought 138 Thais home from China last month when Beijing’s clampdown on international travel trapped them there were honoured by the Foreign Affairs Ministry on Wednesday (February 19).

Minister Don Pramudwinai presided at the ceremony at which a badge of honour was presented to Thailand’s “volunteer consul” and certificates of honour to others involved in the mission.

All but one of the Thais flown home from Wuhan in China’s central Hubei province in the early weeks of the Covid-19 virus outbreak were cleared of infection.

One was initially suspected of being infected and remains under observation, but is recovering.

The other returned Thais still had to spend 14 days in quarantine in specially erected facilities at Sattahip Naval Base. 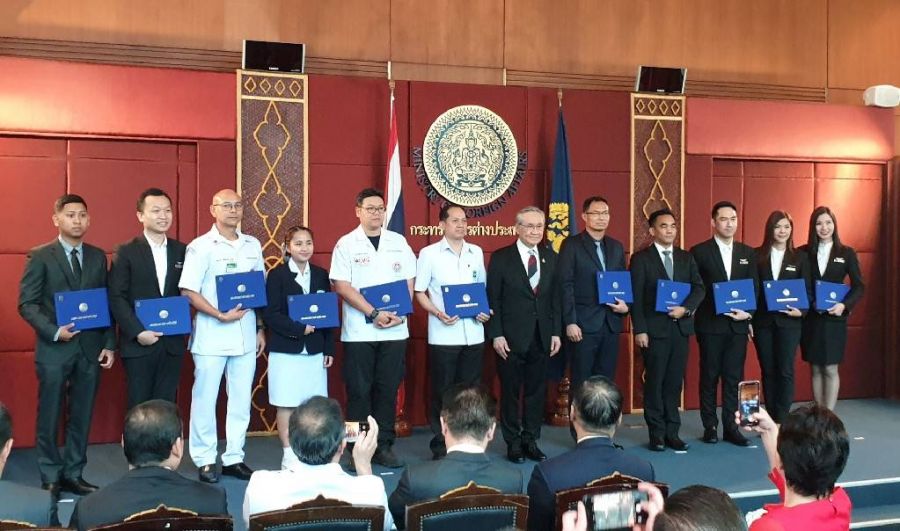 Fourteen members of the “rescue team” that flew to Wuhan on a donated AirAsia passenger jet were honoured – seven Public Health Ministry officials and seven AirAsia pilots and crew.

Department of Consular Affairs director-general Chatree Atchananant said Thailand wanted to express its gratitude to them for making the sacrifice and taking the risk.

“This was an important mission because there were challenges and a lot of pressure,” he said. “We had to consider various factors, especially the relationship between our countries.”

Don called it “an achievement of integrated work between the government and private sector, including cooperation with China”. 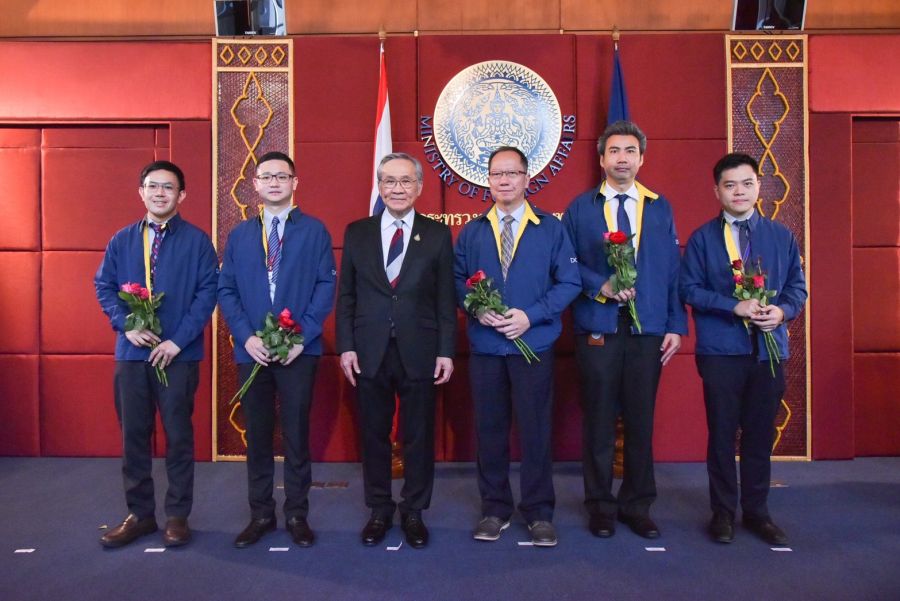 Don was asked whether there had been an unwarranted delay in the mission. Top priority was given to the safety of the Thais in Wuhan and the people going to fetch them, he said, and Thailand “did not want to compete with other countries” also seeking to retrieve their nationals.

“This achievement received praise from many sectors,” he said. “The government provided full support right up until it was successful.”

Also honoured on Friday were two Consular Affairs officials and three from the Thai Embassy in Beijing, who drove 1,200 kilometres by car from Beijing to Wuhan to facilitate the operation.