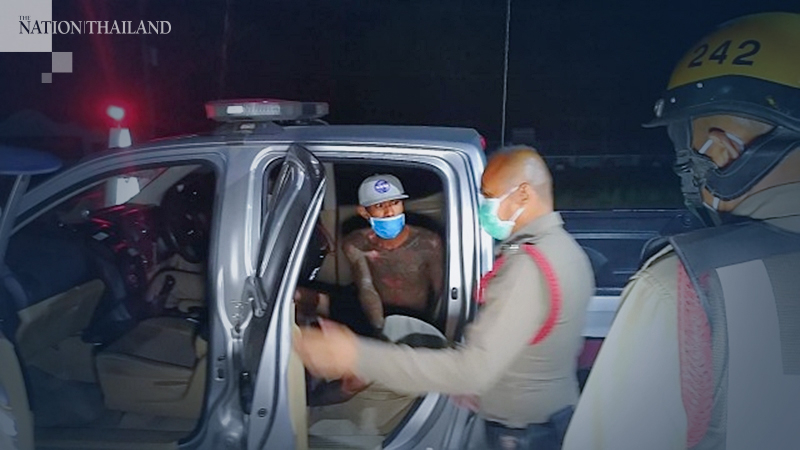 A man stopped at a checkpoint in Chaiyaphum province last night (April 6), happily smoking marijuana in front of police officers.

The man, covered with tattoos, drove his pickup truck up to a checkpoint in Kaeng Khro district around 9pm. His behaviour told police he was allegedly under the influence of drugs.

After an interrogation, the police learned his name – Montri Thepmongkolkul, aged 33 – and took him for a fever test. However, he returned to his vehicle, pulled out a bong made from PVC pipe and casually started smoking marijuana.

He demanded that the officers take him to prison as he had prepared all the stuff he would need inside – including a cutting board for marijuana.

He subsequently sat down in his vehicle to enjoy some munchies, but it was when officers took him to a police station that he went berserk and had to be contained.

Afterward, the police found that the alcohol level in his blood exceeded the limit. He was then arrested.