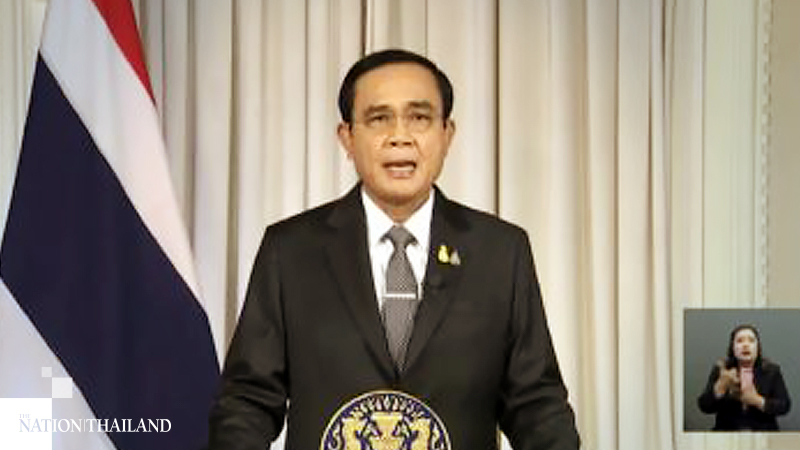 In a nationally televised speech, Prayut calls on the 20 richest people in Thailand to help the government in its fight against Covid-19.

In a special 10-minute speech broadcast on national TV at 6pm on Friday (April 17), Prime Minister Prayut Chan-o-cha called on Thailand’s 20 richest people to step up and help the government in its fight against the Covid-19 outbreak.

Prayut said he will next week write an open letter to the 20 tycoons, asking for help in efforts to tackle the pandemic, which he said has become a deadly threat to people’s health and economic wellbeing.

Commending them for the contributions they have already made, Prayut said more was needed in terms of ideas and resources. He also said that he will meet business associations of all sizes to hear their views personally.

The prime minister also called on people to stand in unity with the government, without the division of colour, apparently referring to the deep red- and yellow-shirt divide in society.

Prayut’s speech came as the Public Health Ministry, related agencies and the private sector work on developing a lockdown exit strategy as the night-time curfew comes to an end on April 30 and the number of confirmed infections is on a downward trend. There were just 28 new cases as of Friday, bringing Thailand's total Covid-19 cases up to 2,700.

People have been floating ideas about the reopening of some businesses such as department stores and hair-dressing salons. The Public Health Ministry has come up an exit strategy in which a Covid-19 safety certificate will be given to business owners who agree to strictly follow preventive measures and social-distancing tactics, such as requiring customers to wear masks at all times and limiting the number of clients being serviced.