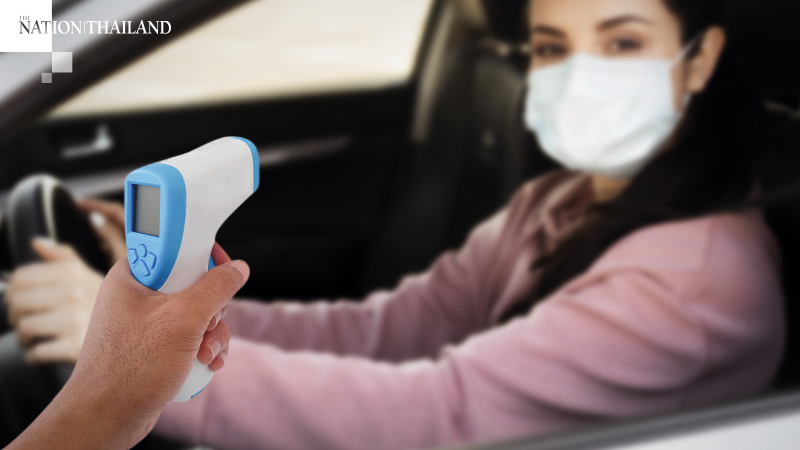 The coronavirus pandemic has upended the international hierarchy. Three of the world's great powers - the United States, the United Kingdom and Russia - have the largest and most deadly outbreaks. Other major players on the world stage struggled with their initial responses. And China is on the defensive, as rivals levy blame for its lack of transparency.

Some smaller countries, however, have gained newfound recognition as the world takes note of their early, and still tentative, successes. Yanzhong Huang, a senior fellow at the Council on Foreign Relations, put it this way: The largest and most powerful nations will need to study what went right among smaller and less powerful ones.

Here's a look at seven examples.

As the coronavirus rages in neighboring Russia, Georgia has emerged as an island of calm. The country of some 3.75 million has kept confirmed cases below 700, with 12 deaths, earning the World Health Organization's praise.

Prompt government action, such as required temperature screenings at airports in late January and early restrictions on international travel, appear to have helped beat back the outbreak. With the pace of infections slowing and the country set to reopen for tourism, its ambassador to the United States, David Bakradze, said his office has been fielding travel and business requests from curious Americans.

Georgia's small geographic size made it alert to inbound travel risks, Bakradze said, and the country had weathered so much since the Soviet Union's collapse that citizens were willing to make sacrifices, like accepting travel bans and a range of social control measures. "We are used to pulling together in tough times," he said.

Even among Asia's early coronavirus success stories, Vietnam is an outlier. It is not a wealthy democracy like South Korea, nor a highly developed city-state like Singapore, and it has nowhere near China's might. But Vietnam has marked only 318 known cases of coronavirus, around 50 of which are currently active, and no recorded community transmission in a month. The country officially has no confirmed deaths from covid-19.

U.S. experts are impressed. "Vietnam has done an exemplary job of implementing public health measures to contain covid-19," said Matthew Moore, a Hanoi-based official with the U.S. Centers for Disease Control and Prevention, pointing to Vietnam's rapid scale-up in laboratory testing and contact tracing. The country implemented "a broad-based communications strategy that builds public support," Moore wrote in an email, all the more notable in an authoritarian state with limited freedom of speech.

The country is seeking an economic rebound as international trade moves away from China. It could work: Huong Le Thu, an analyst at the Australian Strategic Policy Institute, wrote last month that the crisis "only strengthened Vietnam's international positioning and reputation, and boosted public confidence in the government."

Experts worry that sub-Saharan Africa could be among the world's worst-hit by the pandemic. But more than three months in, some African nations appear to be faring better in some ways than their North American and European peers. In Ghana, a West African nation of some 30 million, the government has had more than 161,000 people tested, the region's second highest rate after South Africa.

Ghana found plenty of cases - with over 5,600 infections and 28 deaths confirmed so far. But extensive testing allowed the country to track individual outbreaks, including one at a fish-processing plant where one person infected 533 others. The country's corps of community health workers have help it respond effectively. The WHO is studying some of Ghana's techniques, including the potentially time saving practice of "pool testing," in which multiple blood samples are tested together and only processed separately if a positive result is found.

Osman Dar, the director of the Global Health Program at Chatham House, a London-based think thank, said Ghana has benefited from its demographics - the country is overwhelmingly young, with just 3% of the population more than 65 years old. But Ghanaian officials were also "quite proactive in using their own budget to get a grip on the outbreak," he said, drawing from a government emergency fund rather than waiting for international aid.

Other African countries acted decisively too. South Africa has mobilized thousands of nurses, while Senegal quickly went to work on $1 diagnostic kits that can detect the novel coronavirus in 10 minutes. Many countries acted concurrently to enact travel bands and curfews, under the guidance of Africa's Center for Disease Control and Prevention, which has "played an important role in coordinating and having a consistent response," said Dar.

Costa Rica was the first country in Latin America to confirm a coronavirus case, on March 6. More than two months later, the country of 5 million is starting to emerge from a strict lockdown with less than 850 confirmed cases, 10 deaths, and one of the region's more effective models.

Juliana Martinez-Franzoni, an Associate Professor at the University of Costa Rica, cited two main factors that have worked in the country's favor: its "very strong and unified health care system" and the centralized government mobilizing effectively to provide basic services and support. "Costa Rica's response was faster than most Latin American countries and more disciplined," she said. People "trust the government, trust the state to help them with a crisis, so the degree of compliance was higher."

Costa Rica, unlike other nations in South America, has a universal health care system, and services including water and electricity have not been privatized. Despite economic inequality and widespread poverty, these fundamental institutions have helped the country to cope with and contain the virus and the economic fallout, Martinez-Franzoni said.

When the pandemic arrived, Lebanon was already in the midst of a severe economic crisis and political protests - the results of decades of corrupt and dysfunctional governance. The presence of more than a million Syrian and Palestinian refugees, in a country of less than 7 million, poses its own set of challenges.

But officials in Lebanon saw the virus coming and acted fast. The country started to shut down about a week after the first confirmed case in February. Early action - and the public's familiarity with crisis and willingness to take action with or without government directives - enabled Lebanon to control its outbreak, leading to just over 900 cases and 26 deaths.

The virus has put Lebanon's resilience to the test. The suspension of the country's economy has worsened preexisting economic woes. In mid-May, the government began relaxing restrictions as new cases kept falling, only to reimpose a four-day lockdown after a spike of more than 100 confirmed infections in just a few days. Officials said they closed the country again to conduct contact tracing and contain the wave. Many countries will probably experience similar resurgences, according to experts.

On March 23, New Zealand Prime Minister Jacinda Ardern warned her country they had just 48 hours to prepare for a Level-4 lockdown - the strictest type possible. "We currently have 102 cases," she said. "But so did Italy once."

Six weeks later, in late April, New Zealanders began easing its measures. The country of 5 million has confirmed 1,498 cases and 21 deaths from the coronavirus. This week, it recorded no new cases for the first time since the shutdown.

Van Jackson, an American scholar at New Zealand's Victoria University of Wellington, said he now gets calls from Americans asking about the New Zealand job market. "Even some of my scholar friends tenured at Ivy League institutions are investigating whether they could make a life in New Zealand and Australia," Jackson said. "Do you know how rare it is that someone with tenure seeks life elsewhere?"