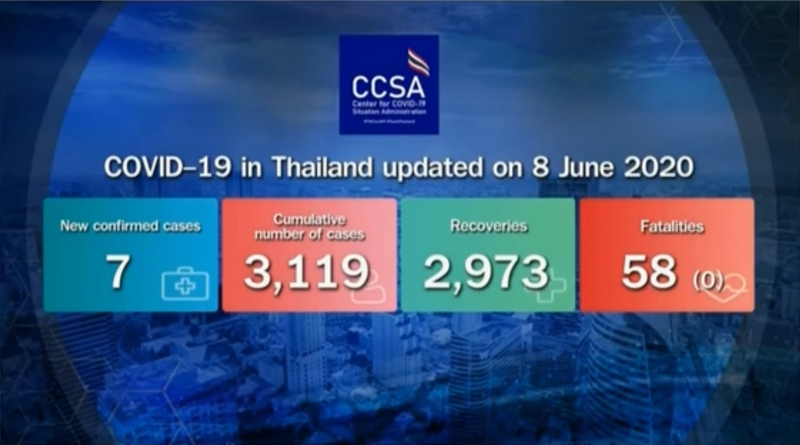 Taweesin that after April 28, new cases reported were mostly found in state quarantine. Some 77 cases of infection in the last two weeks were from abroad.

Only one person was reported to fully recovered and return home in the past 24 hours.

Globally, the number of confirmed Covid-19 cases has passed 7 million, increasing by 100,000 in the past 24 hours, with around 400,000 deaths. Confirmed virus cases in the United States have passed two million.