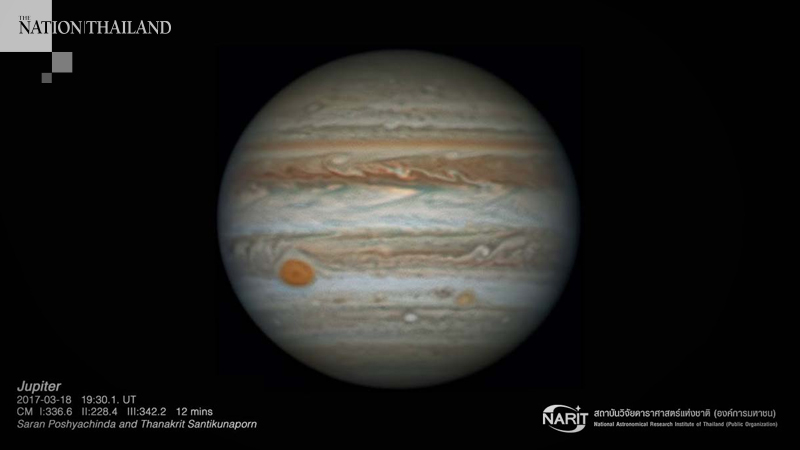 This year, Jupiter will come closest to the Earth on July 14, the National Astronomical Research Institute of Thailand announced on its Facebook page on Thursday (July 9).

An official said that if the sky is clear that evening, the planet should be clearly visible all night.

“Jupiter will be exactly opposite the Sun, while the Earth will be orbiting between the two and will be approximately 619 million kilometres from the planet,” the official said.

“After sunset, Jupiter should be visible to the naked eye in the Southeast at an apparent magnitude of approximately minus 2.8.”

The official said the institute will set up a telescope at its observatories in Nakhon Ratchasima, Chachoengsao and Songkhla, as well as at Chiang Mai’s Sirindhorn Astronomical Park. People can catch sight of Jupiter and its many moons for fee between 6pm and 10pm.