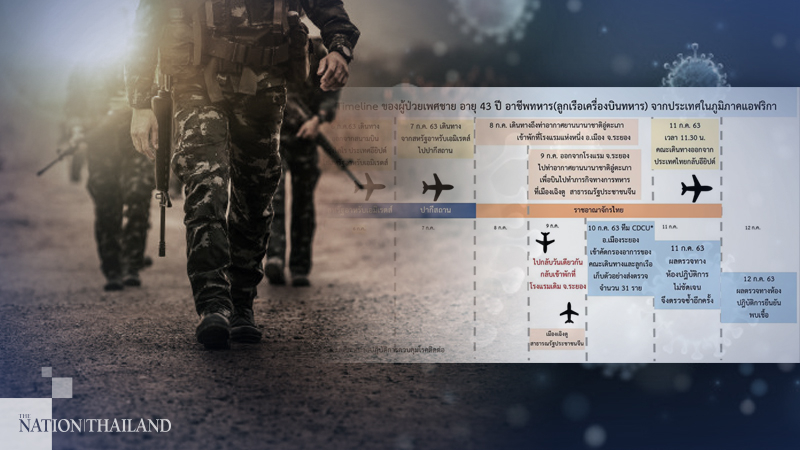 Almost 400 people carry the risk of contracting Covid-19 after an Egyptian soldier infected with the virus and his group visited a Rayong department store, according to the Thai Chana platform.

As of now, two staff of the Rayong hotel in which the 43-year-old Egyptian soldier stayed have been quarantined, the Center for Covid-19 Situation Administration revealed today (July 14).

A Department of Disease Control (DDC) investigation team visited all areas the group of Egyptians went to, especially the Laem Thong department store.

A data check of the virus-alert Thai Chana platform showed that 394 people visited the department store on July 10 at the time the Egyptian soldier was there.

Digital Economy and Society Ministry inspector-general Dr Polawat Witoolkollachit said the Thai Chana platform under the DDC confirmed within three hours who visited the store on July 10 from 11am to 3pm – the approximate time that the soldier and his group were at the store.

Of the 394 people, two cannot be contacted because they may have entered the wrong phone number or deliberately used fake numbers.

The Rayong Public Health Office, which is under the Office of Disease Prevention and Control Region 6, is responsible for personally contacting those deemed at risk and instructing them to take a free Covid-19 test.

Those who did not use the Thai Chana platform while visiting the department store on July 10 are instructed to immediately contact the Department of Disease Control via Hotline 1422 or the Rayong Public Health Office.