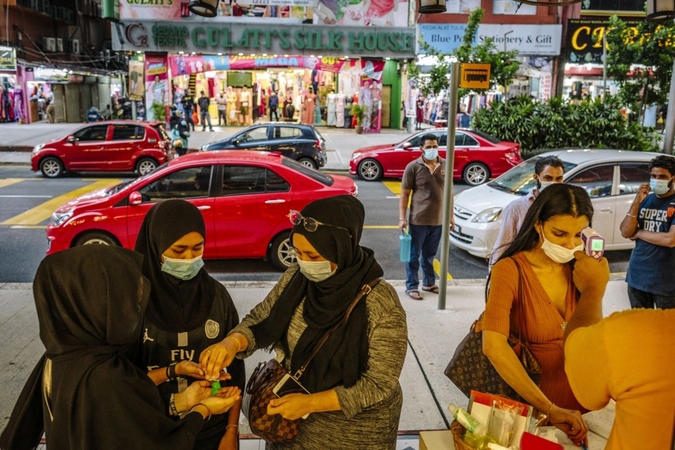 Malaysia's economy contracted by the most since the Asian financial crisis more than two decades ago, with the central bank sharply downgrading its outlook for this year.

Gross domestic product shrank 17.1% in the second quarter compared to a year earlier, its worst showing since the fourth quarter of 1998, the central bank said Friday. That compared to the median forecast of a 10.9% contraction in a Bloomberg survey of economists.

The data show the severe knock the trade-reliant economy has taken during the Covid-19 outbreak. Exports plunged because of the disruption to supply chains, while consumer spending slumped amid an extended lockdown. The central bank now expects the economy to contract 3.5% to 5.5% this year, compared with a previous growth range of 0.5% to -2%.

"The decline in output was massive," said Mohd Afzanizam Abdul Rashid, chief economist at Bank Islam Malaysia. "It clearly shows that the pandemic has resulted the economy to be at a standstill."

Other highlights of the data:

- Exports declined 21.7% in the second quarter from a year ago.

- Consumer spending plunged 18.5% in the period.

- GDP shrank 16.5% compared to the previous three months, worse than economists' estimate of an 11.4% contraction. It was the second quarterly contraction in a row, the technical definition of a recession.

- Services industries contracted 16.2% from a year ago, manufacturing declined 18.3% and construction plunged 44.5%.

The benchmark FTSE Bursa Malaysia KLCI Index maintained its 0.8% decline after the data, set for the steepest drop in two weeks. The ringgit pared losses to 0.1% while government bonds gained, with the yield on Malaysia's 10-year notes falling two basis points to 2.48%, the lowest in a week.

The economy began to show signs of recovery at the tail end of the quarter. Manufacturing production and sales growth turned positive in June and the unemployment rate fell to 4.9%.

"Activity has picked up following an easing in lockdown measures from May onwards, and we expect a solid post-lockdown rebound in growth" in the third quarter, Oxford Economics economist Sian Fenner wrote in a research note. "That said, the speed of the recovery will likely ease back after that amid depressed global trade, high unemployment and weak investment."

Governor Nor Shamsiah Mohd Yunus said in a briefing Friday she's "cautiously optimistic that the worst is behind us." The full-year forecast was cut because the pandemic had a bigger impact on global demand than previously assumed and Malaysia's lockdown was extended.

The government is seeking to raise its debt limit for the first time since 2009 to fund its fiscal stimulus. The central bank also has cut interest rates several times this year to help cushion growth.

"Should there be a second outbreak, there is room for targeted policy measures to complement the ones implemented earlier," the governor said. "For example, the bank's policy levers can be expanded or extended within this mandate."