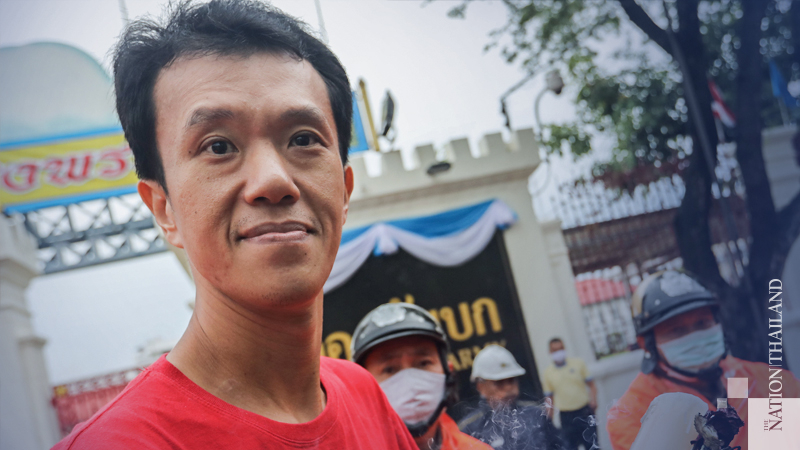 Some 10 men in black showed up at political activist Ekachai Hongkangwan’s house on Monday morning to reprimand him for a Facebook post saying he wanted to install the coup memorial plaque in front of the King Rama V statue near Dusit Palace in Bangkok.

Student demonstrators installed a brass plaque similar to the one commemorating the 1932 revolution in Sanam Luang last week, but like the original plaque, this one was also removed.

Ekachai filed a complaint at Lat Phrao Police Station about the men showing up at his place at 6. 50am, before he and the “men in black” were taken in for interrogation.

The questioning was ongoing as of press time.