Motorists can now pay their fines for traffic rule violations via branches of Krungthai Bank, KTB Netbank mobile application, or at the police station.

The Royal Gazette website on Thursday published a Royal Thai Police announcement about the new format that traffic police officers are enforcing from November 1.

The announcement stipulated that two new formats of traffic tickets will be issued by officers:

1. Traffic tickets issued to motorists by attaching them on the vehicle. The ticket will be 14.5 by 27 centimetres size, and each set will comprise four copies of different colours, as follows:

▪︎ White ticket, to be attached to the vehicle;

▪︎ Yellow ticket, to be submitted to the police station where the fine payment must be made;

▪︎ Pink ticket, to be submitted to the investigation officer;

▪︎ Blue ticket, to be kept as duplicate copy by police officer who issued the ticket. 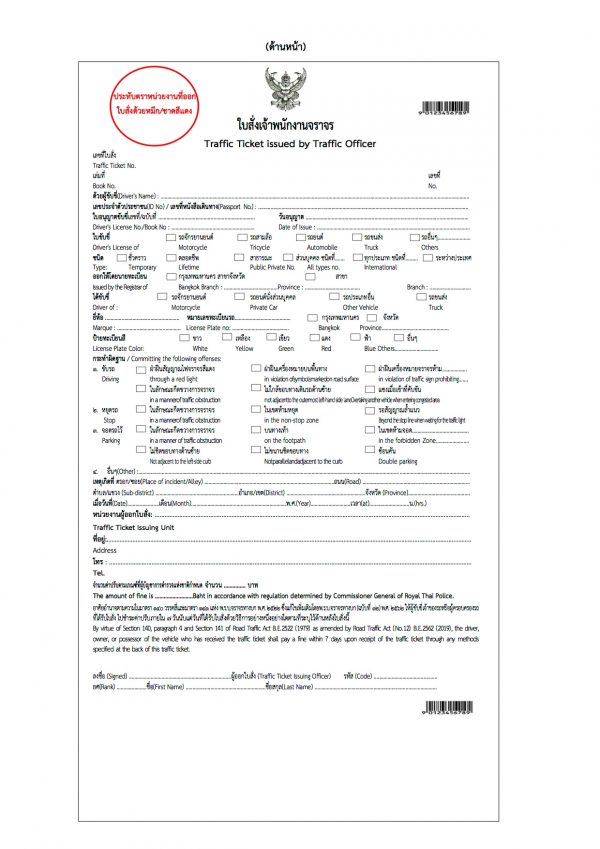 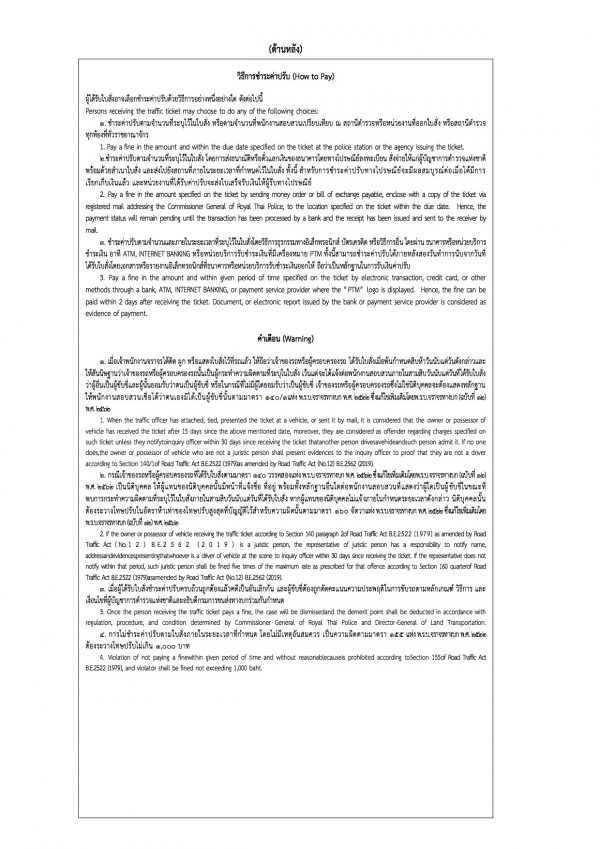 2. Traffic tickets to be issued by mail will be be 21 by 29.7 centimetres in size and each set will comprise two copies. The first copy will be sent by mail to the driver or owner of the vehicle, while the second copy will be kept as duplicate copy by the police officer who issued the ticket. 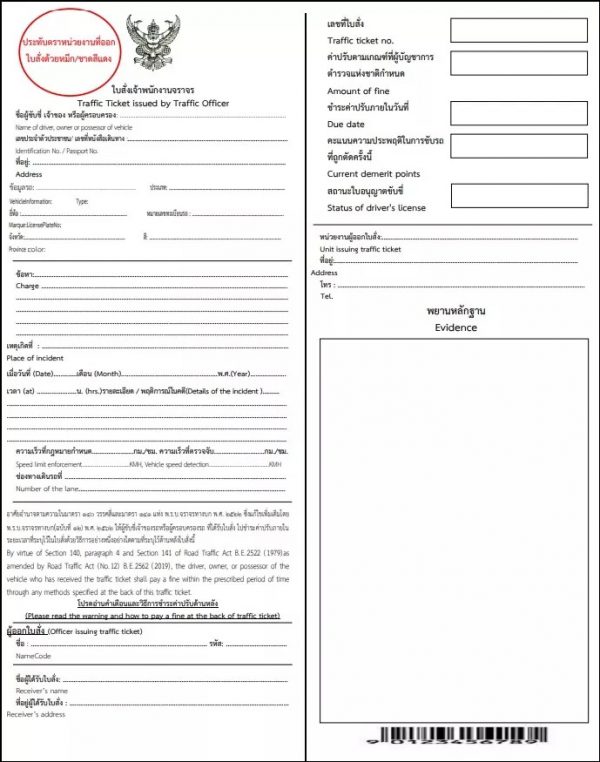 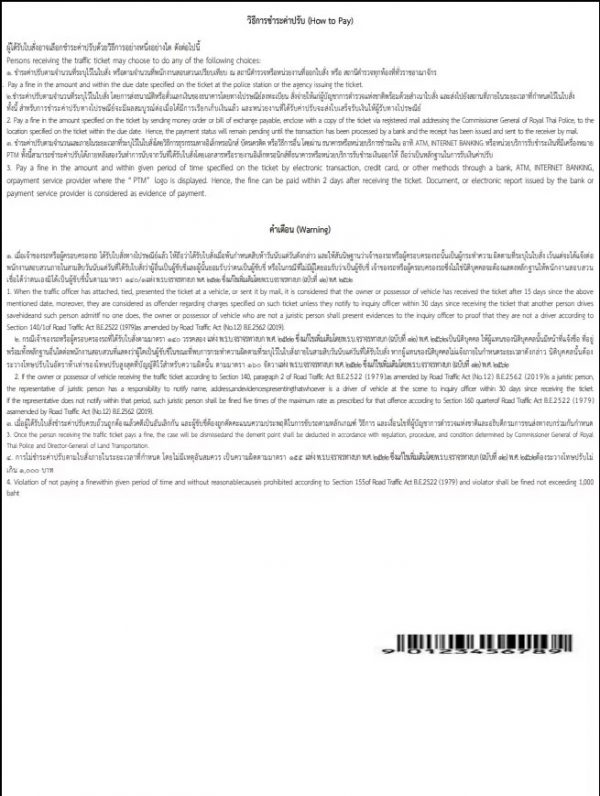 “Motorists can pay the fine at all branches of Krungthai Bank or via KTB Netbank mobile application two days from the issuance date, or pay at the police station indicated in the ticket, which can be done immediately after receiving the ticket,” said the announcement. “If motorists believe that the ticket was issued by mistake, they must notify the investigation officer within 15 days and specify the reason, such as they are not the offender specified in the ticket, or did not drive or own the vehicle.”