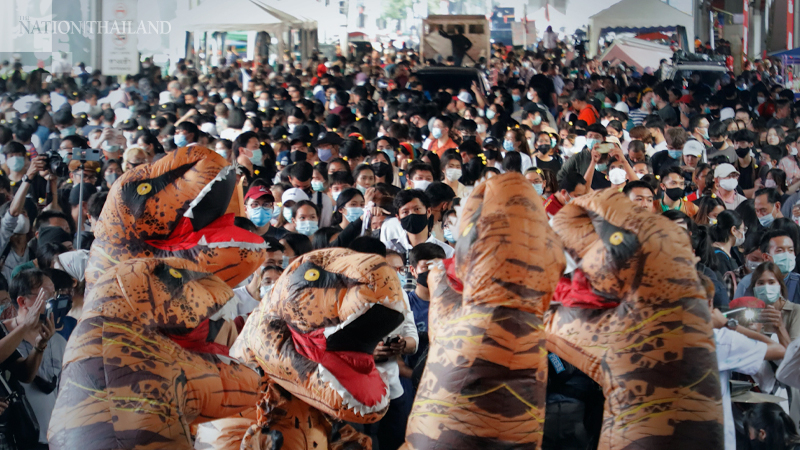 The "Bad Students" group, in defiance of government threats, called for reform of the monarchy at their rally at Bangkok’s shopping district. 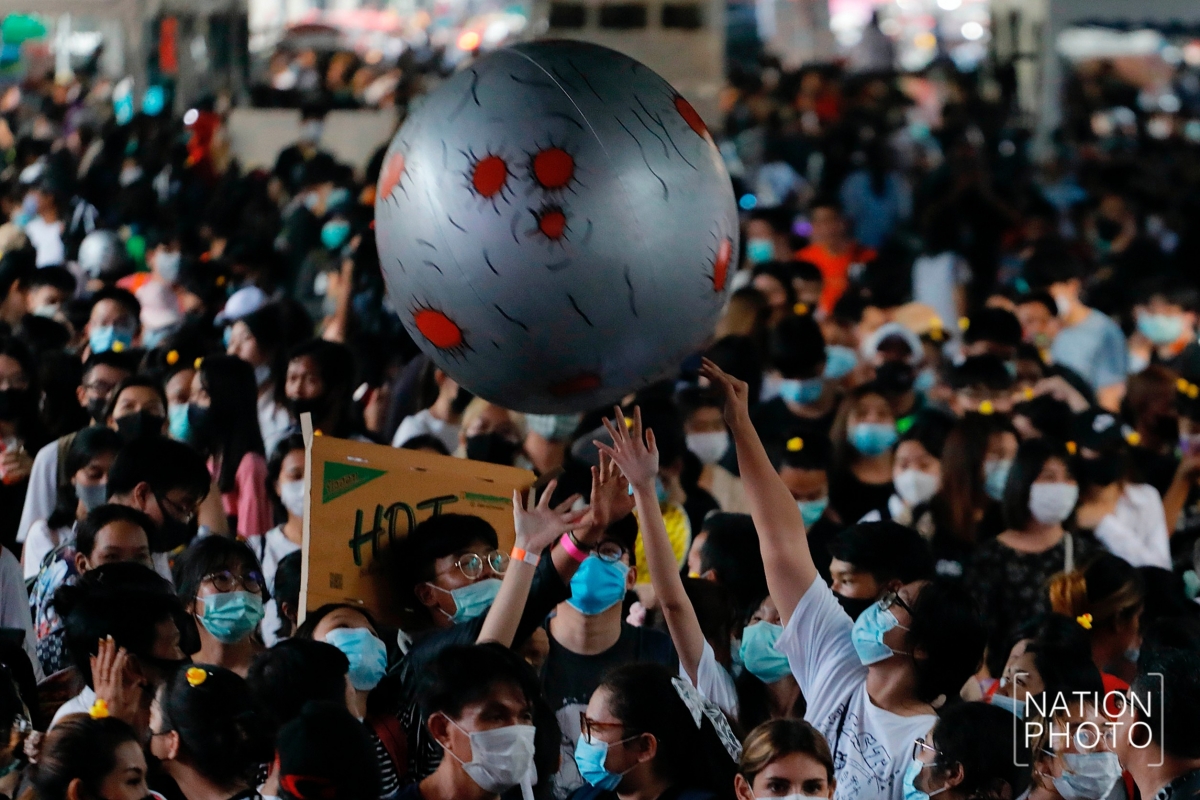 Pro-democracy teens who call themselves "Bad Students" defiantly rallied on Saturday, mocking the current political class as "dinosaurs", in a fresh call for change and reform.

The rally, themed "Bye Bye Dinosaurs" and attended by thousands of protesters, began at around 2pm on the road under BTS Siam Square station and ended at 9.45pm.

The rally was organised despite Prime Minister Prayut Chan-o-cha issuing a statement, threatening to use the full force of the law against the protesters. Intensifying the standoff, ultra-royalists also called for the government to enforce section 112 of the Penal Code on lese majeste, which carries a jail term of between three and 15 years against pro-democracy protesters.

Police had earlier issued summons to two leaders of the high-school movement, who are in Mathayom 4 (grade 10) and Mathayom 6 (grade 12), accusing them of violating the emergency law by attending political rallies in October.

The teen leaders said their Saturday theme, “Bye Bye Dinosaurs”, aimed to escalate the political fight from more than just targeting the Education Ministry to the current undemocratic political system, including calling for reform of the monarchy.  Dinosaurs represent the set of values in Thai authoritarian culture while meteorites represent democratic values embracing liberty, equality and fraternity, they explained.

Students blamed obsolete rules in schools as the source of human rights abuses and sexual harassment of students. They called for an end to mandatory short haircuts and school uniforms. The Education Minister also was urged to acknowledge the rights of LGBTQ+.

They blamed the rote-learning culture, which an authoritarian government and teachers use to force high-school students to submit to dominance by the aristocracy, like the 12 Thai national values introduced by the junta government led by Prayut.

They demanded Nataphol's resignation if he could not reform the education system.

Representatives  from vocational schools also took to the stage and accused the police of letting ultra-royalists attack pro-democracy protesters during a rally on November 17, to justify crackdowns on pro-democracy groups. Some vocational school students, who had served as guards on that day, suffered gunshot injuries.

On Saturday, students also put sarcastic plays and music on to mock Prayut and the monarchy. At one point, students played the royal anthem on the stage while the protesters did not stand up to pay respect as usual but instead raised the three-finger salute, a gesture of protest against dictatorship.

Bangkok is bracing for more pro-democracy demonstrations and counter-protests by royalist groups.