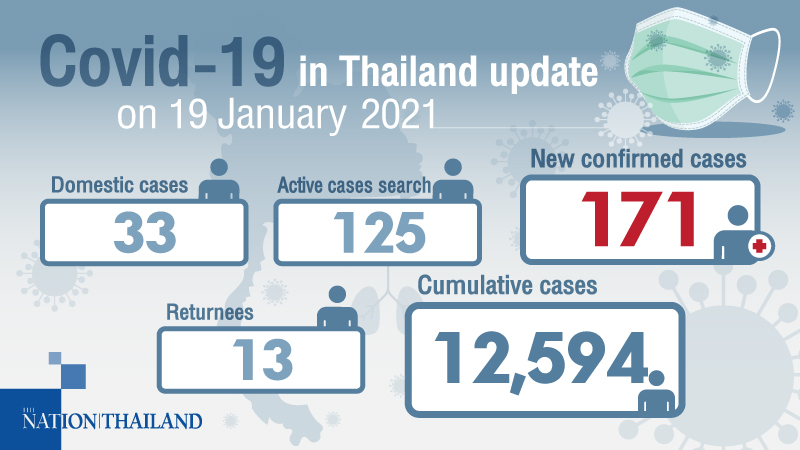 Six foreigners -- a Taiwanese woman, a Belgian man, a Turkish man, two French men and a Czech woman who flew in from their respective nations -- also tested positive in quarantine.

Of the new local cases, 33 were exposed to the virus while visiting high-risk areas. The province with the highest number of infections is Samut Sakhon with 18 -- four Thais and 14 foreigners.

Meanwhile, 150 patients have recovered and been discharged.

Taweesin Visanuyothin, spokesperson for the CCSA, said that the virus situation in Malaysia was a cause of concern due to the high number of daily cases on the southern border with Thailand.